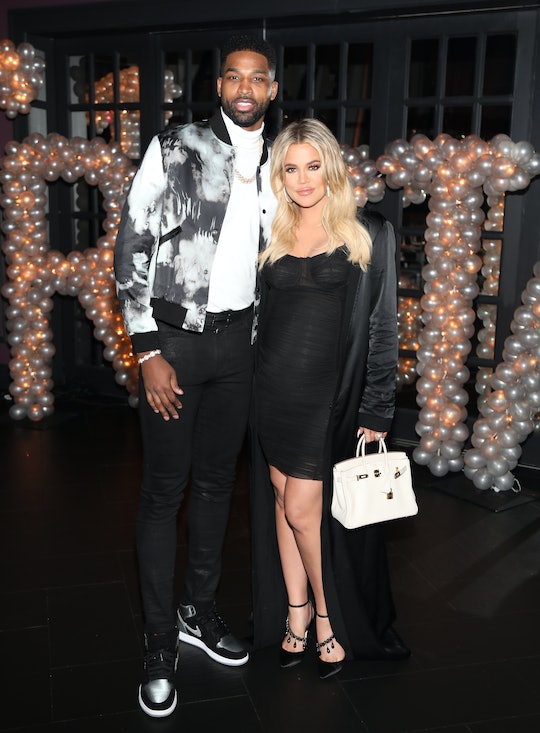 “Khloé is incredibly grateful to the extraordinary surrogate for such a beautiful blessing.”

Khloé Kardashian is going to be a mom of two. A rep for The Kardashians star confirmed on Thursday that she is expecting a second child via surrogate with ex-boyfriend Tristan Thompson, making 4-year-old daughter True a big sister for the first time in the near future.

“We can confirm True will have a sibling who was conceived in November,” Kardashian’s rep shared in a statement with People. “Khloé is incredibly grateful to the extraordinary surrogate for such a beautiful blessing. We'd like to ask for kindness and privacy so that Khloé can focus on her family.”

A source close to Kardashian further explained to the magazine that Kardashian and Thompson are not, in fact, back together. “Khloé and Tristan are not back together and have not spoken since December outside of co-parenting matters,” the source said before adding, “The baby was conceived via surrogate before it was revealed to Khloé and the public that Tristan was having a baby with someone else in December.”

Thompson was embroiled in another cheating scandal with Maralee Nichols that resulted in the birth of a child in December. Fans will remember that Thompson was also caught cheating on Kardashian in the final month of her pregnancy with daughter True and again with Kylie Jenner’s friend Jordyn Woods in 2019, leading to their eventual break up.

Kardashian has been open about wanting to make True a big sister for some time, even discussing her plans to co-parent with the NBA player for a second time during a 2021 episode of Keeping Up With The Kardashians. “True's getting older and I feel like it's now time to have another kid,” she said to Thompson at the time, per E!. “I'm gonna need you. We have to line it up with your schedule so I can make embryos with my frozen eggs,” she added. “I think I'm ready to do the whole pregnancy thing again. This process might take time. I have no idea. I want to be prepared.”

While the busy mom hasn’t spoken out about her second baby, she did talk about her own pregnancy concerns and the possibility of hiring a surrogate on KUWTK after discovering she was at a high risk of miscarriage. “All I'm trying to do is bring more love into my life and into my family. I seem to be running into more and more roadblocks and it's really hard for me to digest,” she said at the time.

Now it seems her dream of having a second baby is coming true. For both her and daughter True.