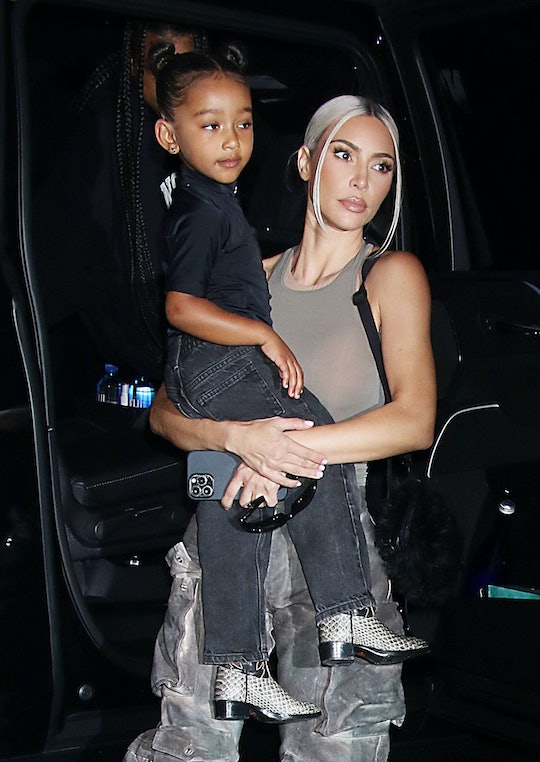 Kim Kardashian’s 4-year-old daughter Chicago is her third child, younger sister to everyone’s favorite 9-year-old powerhouse North and 6-year-old brother Saint. But don’t mistake her as the baby of the family. Chicago really carries off serious big sister energy when dealing with her 3-year-old brother Psalm, especially in a recent video her mom shared where she stepped in to correct his singing. Even in the back seat of a car strapped into a car seat, you can really tell who’s the boss here.

The Kardashians star shared a video of her two youngest singing away in the back seat of her car over the weekend, or at least the video started with Psalm singing in his car seat. “Don’t you make me complicated!” Psalm was singing with all his heart, until his older sister Chicago chimed in from her seat next to him. “Psalmy, Psalmy, it’s not ‘don’t you make me complicated.’” She went on to sing the lyrics of a song their dad Kanye West performed with late rapper XXXTENTACION, “True Love,” which she clearly knows by heart. “It’s ‘true love shouldn’t be this complicated, thought I’d die in your arms,’” she sang to Psalm, putting on a real performance while he just sort of sat there stunned for a minute.

But he rallied in the end.

Chicago might be one of four kids, but she clearly has no problem standing out in the crowd. Kardashian fans might remember that she was comfortably handling a giant snake when she was just 1 year old like it was no big deal. And of course, she is the oldest of the Kardashian cousins the family often refers to as “the triplets,” Khloé Kardashian’s daughter True and Kylie Jenner’s daughter Stormi. So in a way, it’s almost like Chicago is a big sister to four kids instead of just her little brother Psalm.

No wonder she is so comfortable bringing that big sister energy out when her little brother gets song lyrics slightly wrong. She’s a born older sister.