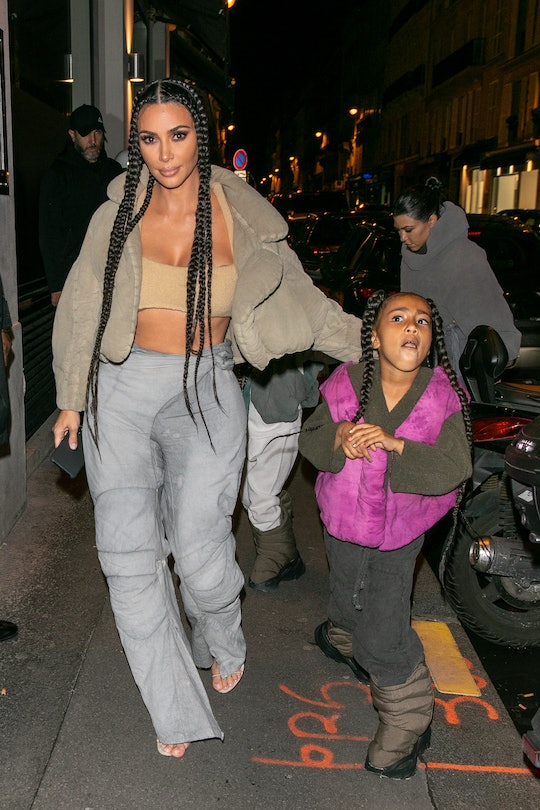 You don’t really know insults until your kid hits the stage where they start to lash out at you. They know how to hit you. In a recent installation of Ellen DeGeneres’s Mom Confessions, Kim Kardashian revealed the meanest thing North has ever said to her and while it might not be the meanest thing you’ve ever heard, it’s the intention behind the words. Almost like North is training for the insult Olympics.

The KKW mogul has seen it all as mom to 8-year-old daughter North, 5-year-old son Saint, 3-year-old daughter Chicago, and 1-year-old son Psalm. She’s no amateur in the world of parenting, but that doesn’t mean she’s impervious to insults. Even hilarious ones. When asked in the Mom Confessions video about the meanest thing her kid has ever said to her, she didn’t hesitate.

“Every time I get into some kind of disagreement with my daughter North, she thinks this is a dig to me. And she’ll say, ‘Your house is so ugly. It’s all white. Who lives like this?’”

Kim Kardashian’s daughter North knows how to get to her mom.

Kardashian added that North says this because, “She thinks it gets to me. And it is kind of mean. Because I like my house.”

This isn’t the first time that North has tried to get under her mother’s skin. Back in September, the young girl famously mocked her mom for using a “different” voice during her contouring videos, even going so far as to try to mimic her. For her part, Kardashian laughed it off. As she did when North tried to call her for saying she was an Olivia Rodrigo fan in May. At that point, Kardashian pulled in her 5-year-old son Saint to help plead her case and he supported her claim that she did, indeed, listen to “Driver’s License” while she was driving.

The older North gets, the spicier she seems to become. This could go one of two ways; she might be getting all of that sass out of her system now. Or she might be laying the groundwork for becoming a real tough cookie in the next few years. Either way, her mom seems to have things under control. In her big beautiful white house. That is truly gorgeous.