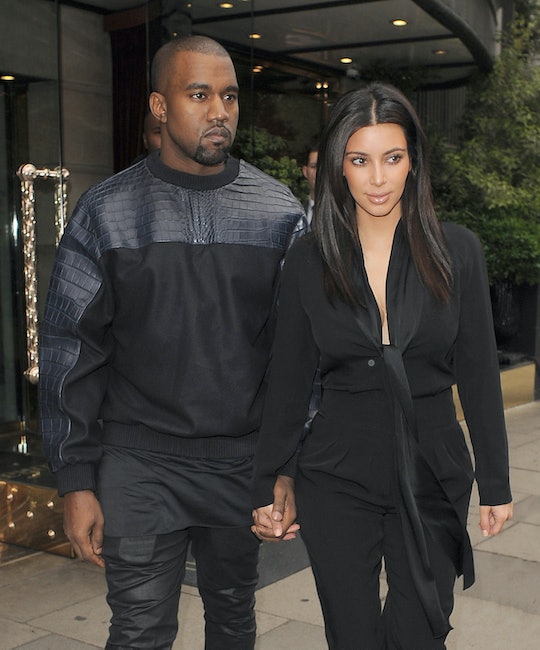 She’s going to be KKW for good.

Kim Kardashian’s divorce is going to change a whole host of elements of her life, but her name is apparently not one of them. The mom of four reportedly plans to keep Kanye West’s last name after their divorce is finalized, and her decision is one that so many divorcing parents have faced.

News of the couple’s impending divorce began to surface in early 2021, with the KKW mogul officially filing for divorce in February. It’s a difficult transition for the couple, who are parents to 8-year-old daughter North, 5-year-old son Saint, 3-year-old daughter Chicago, and 2-year-old son Saint, and it seems they are trying to make it as easy as possible for their children. And for Kim Kardashian-West, that means keeping the rapper’s last name.

A source told E! News that the Keeping Up With The Kardashians star is planning to keep West’s name to keep that family bond established for her kids. “Because West is the kids' last name, she plans to keep it too,” the source told the news outlet. “It makes it easier and not confusing for them. They are always going to be a family and family unit. She feels like it's in the kids' best interest to all have the same last name.”

The two first became a couple in 2012, marrying in Florence, Italy in 2014 after the birth of daughter North. The couple went on to welcome three more children and weather several difficult life moments together, including Kardashian’s harrowing robbery in Paris and West’s struggles with mental health. While they might be ending their marriage, they still have a long history together. And four children who mean the world to both of them. They share joint custody of their kids, and sharing a last name with her children is something that might make it easier moving forward. Kanye seems to be on the same page about putting the kids first, with a source telling People in April, “He wants the best for his kids. He is keeping things amicable with Kim so the kids can be happy. They have been spending time together as a family.”

They have also been spending time together as a former couple and friends, with Kardashian reportedly appearing at Kanye’s event for his most recent album “Donda” in a wedding dress. The end of a marriage doesn’t have to mean the end of a friendship. Or the end of a name.