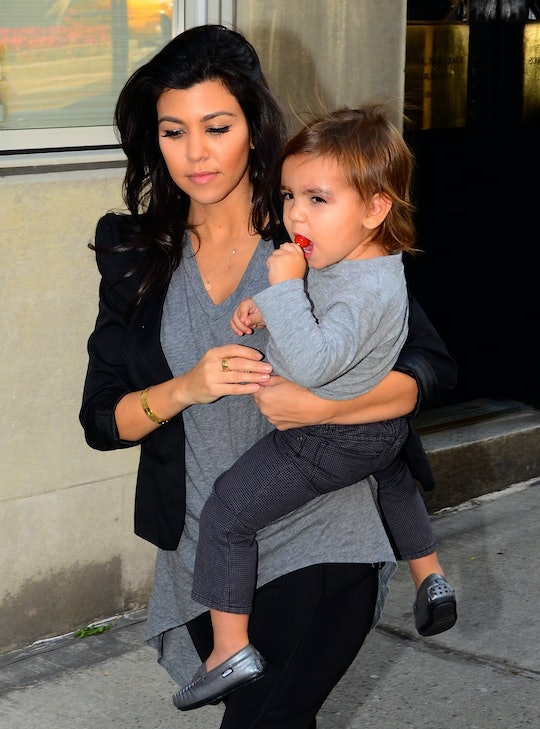 The oldest Kardashian grandkid has had his share of the limelight.

Kourtney Kardashian has confirmed that her 12-year-old son Mason Disick, who she shares with ex-partner Scott Disick, is no longer on social media. It seems there have been several fake accounts circulating and claiming to be the young boy, and she wants to make sure everyone knows that none of these accounts are affiliated with her son.

Fake celebrity accounts have become almost white noise on social media, with people claiming to be anyone from Harry Styles to Elon Musk. But claiming to be a child? You would think that might be going too far. And apparently in the case of Mason Disick, you would be wrong.

Kardashian took to Twitter on Thursday to officially let people know that there are fake accounts claiming to be her oldest son. And she’s not having it.

Back in 2020, Mason opened an Instagram account without his parents’ knowledge. Before he was eventually caught, Mason shared private information about his family and even answered questions during an Instagram Live session. As soon as his parents found out, just one day after it began, they promptly shut it down. Kardashian explained at the time, “He started an Instagram yesterday and didn't ask us. I did delete it because Scott and I just felt like, he's 10!”

Young Mason, who is big brother to 10-year-old Penelope and 7-year-old Reign, seemed to regret the decision himself when his 10-year-old cousin North West went live on Instagram. He reached out to his aunt Kim Kardashian to offer to talk to North about the dangers of going live on Instagram without permission, showing true maturity and kindness for a 12-year-old boy.

As he gets closer to his teen years, Mason Disick is being shown less and less on the family’s reality series The Kardashians. Perhaps he’s hitting the stage where he wants a little privacy. And full credit to Kourtney Kardashian, she seems to respect his wishes.