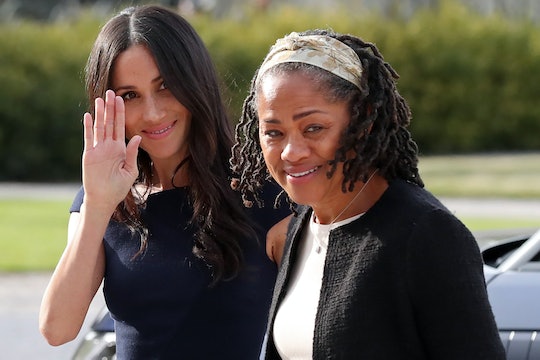 Meghan Markle and Prince Harry’s daughter's name is an ode to the amazing women in the couple's lives. Not only is Lilibet “Lili” Diana Mountbatten-Windsor named after her late grandmother, Princess Diana, and her great-grandmother Queen Elizabeth II, but her name could also be a sweet nod to the Duchess of Sussex’s mother, Doria Ragland.

Although Lilibet refers to the queen’s family nickname, Lili’s name could also be an adorable reference to her grandma Doria as well. As royal fans on Twitter pointed out and as Insider reported, the name she’ll go by, “Lili,” could be a sweet and subtle way to include Meghan’s mom in her name. In a blog post on her now-deactivated blog The Tig, Meghan wrote that she had four nicknames growing up — Meg, MM, M&M, and Flower — that her mother gave her, according to Marie Claire.

“I love how Lilibet ‘Lili’ Diana honors several different generations of women. Lilibet was the Queen’s nickname as a child,” one viewer tweeted. “Lili, which she will be called, is a flower. Doria’s nickname for Meghan is Flower. And of course, Diana honors Harry’s mother, the late Princess of Wales.”

Another tweeted, “Lilibet Diana is a beautiful name and full of tenderness toward Harry’s grandmother and mother. Calling her ‘Lili’ is a nod to Doria’s incredible love for Meghan, who she nicknamed ‘Flower.’”

In the CBS interview with Oprah Winfrey, Meghan said her mother has remained in “silent dignity” when dealing with the British tabloids and her daughter and son-in-law’s royal exit process. “She’s remained in silent dignity for four years, watching me go through this,” she told Winfrey earlier this year.

However, these days, Ragland is on full-time grandma duty. Page Six has reported the 64-year-old was not at the birth of her granddaughter, but she is reportedly helping the couple with the newborn at their home in Montecito, California.