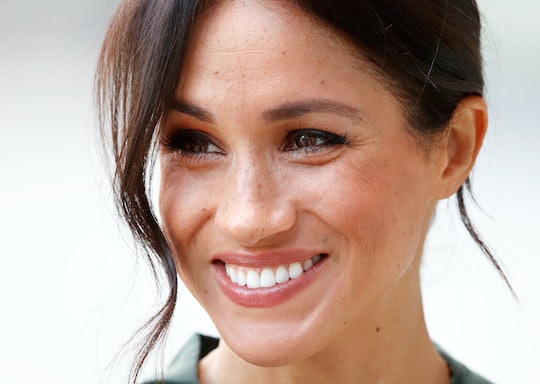 The series’ star, Pearl, is a 12-year-old girl inspired by women in history.

She just gave birth to her second child, a daughter named Lilibet “Lili” Diana, last month, but the Duchess of Sussex is still working away. On Wednesday, Meghan Markle announced she is developing a new animated series for Netflix and it sounds like a real adventure. Particularly for kids who are getting more interested in history.

In an announcement posted on the website for Archewell, a foundation she and husband Prince Harry co-founded after they stepped back from their senior royal roles in 2020, Meghan revealed the working title of the new series is Pearl. The animated series follows a 12-year-old girl who goes on adventures of self-discovery inspired by influential women in history.

“Like many girls her age, our heroine Pearl is on a journey of self-discovery as she tries to overcome life’s daily challenges,” Meghan said in a statement.

Megan Casey, director of original animation at Netflix, said in a statement to Variety that Pearl “weaves” together elements of both fantasy and history. “An exciting tale that weaves together fantasy and history, Pearl focuses on a young girl who learns to step into her own power when she embarks on a heroic adventure and meets important women from history along the way. We’re excited to develop this animated series with our partners at Archewell Productions and Story Syndicate,” Casey told Variety.

Long before Meghan became a household name as the Duchess of Sussex, she was a staunch feminist. From the time she was a young girl and protested an ad for dish soap because it portrayed negative, outdated stereotypes about women doing all the cleaning, she’s been in the trenches. So developing a series “celebrating extraordinary women throughout history” with Netflix is an ideal fit.

No release date has been set as Pearl is still in development, just like Archewell’s other docu-series from Prince Harry following competitors in the Invictus Games called Heart Of Invictus.

Markle’s new series Pearl is being developed with Rocketman executive producer David Furnish, a friend of the Sussexes along with his husband Elton John, who appeared on the couple’s first Archewell podcast. Furnish said in a statement to the Evening Standard, “I am delighted that we are finally able to announce this exciting animated series. Meghan, The Duchess of Sussex and I are deeply passionate about bringing the inspirational and positive stories of extraordinary women from around the world to a global audience of all ages. The team collaborating on the series are first class, and Netflix are the perfect partner.”

While fans wait for Pearl to come to Netflix, they can stay acquainted with Markle’s work through her children’s book The Bench which was inspired by the relationship between her husband and the couple’s 2-year-old son Archie.