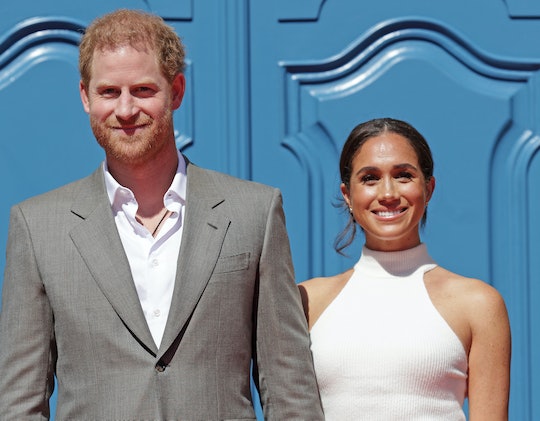 They’re into The White Lotus.

If you were to imagine what Meghan Markle, Duchess of Sussex and multimedia magnate, does at the end of a long busy day, what would you picture? Yoga, meditation, those are obvious choices for the California girl. And presumably she does still practice these mindfulness exercises, but that’s not all she’s doing. Meghan Markle plays Wordle at the end of a long day. And she and her husband Prince Harry even watched a television series the rest of us watched along with them. No, not The Crown, so don’t ask.

The mom of two spoke to Variety for a recent interview and was asked what she and Prince Harry are watching on television together, and she really painted a picture of her entire evening with her response. “So once we’ve gotten the kids to bed,” she began, “and I’ve played a little Wordle. Or done my 10 minutes of Duolingo. I really wanted to re-learn French. I studied it for four years in high school and then it just... went away.”

Markle’s revelation that she plays Wordle, the New York Times daily word game that so many of us have been playing over the past year, is very much in keeping with her role as a busy mom to 3-year-old son Archie and 1-year-old daughter Lilibet. It’s relaxing and low commitment, both qualities that are incredibly important to any parent just trying to steal a few minutes of relaxation.

But what television show is she watching? Markle says that she and Prince Harry rarely turn on the television, and when they do she “thinks we’re like most people, and we do endless, endless, endless searching until you get so tired of searching that you don’t watch anything.” But eventually, she admitted that they watch The White Lotus, which Markle considers an example of “excellent storytelling.”

The White Lotus isn’t the only show Markle and Prince Harry are watching, although the thought of the two of them laughing over Jennifer Coolidge’s Emmy award-winning performance is deeply satisfying. They’re watching lots of kids’ shows like The Octonauts, Ask The StoryBots, and Magic School Bus with their 3-year-old son Archie.

This is the reality of parenting toddlers. You watch some of their stuff, you do a little alone time with Wordle or Duolingo to keep your mind working, then you curl up with your partner to watch some good television. All in all, not a bad way to live.