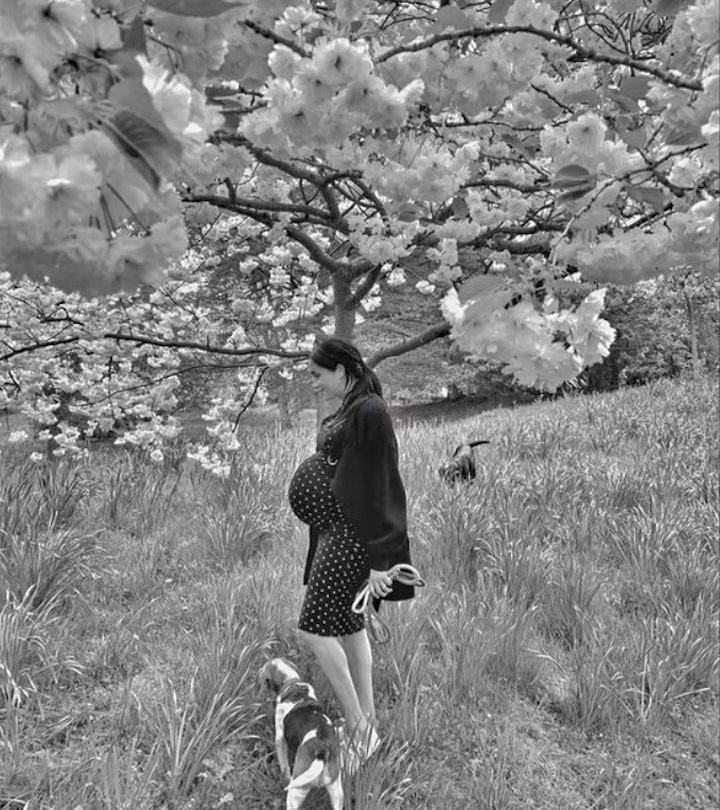 The Duchess of Sussex shared several private photos from her pregnancies in Harry & Meghan.

Meghan Markle’s pregnancies — both for Archie, Lilibet, and the miscarriage she suffered in between the two — were always big news. Indeed, the Mountbatten-Windsor children were among the most highly anticipated celebrity children of the past few years. But while Meghan’s pregnancy with Archie was seen out in the open via her various royal engagements back in 2019, her “Lilibet bump” was shrouded in more mystery. She gave birth in California after stepping down from her official “working royal” status. But in Harry & Meghan, the couple shares private pregnancy photos of Meghan, and a lot of them!.

Don’t get us wrong, despite our excitement and interest, the invasion of privacy from the press — one of the central themes of the docuseries — especially around something as intimate and personal as pregnancy and the birth of a child, is frankly ghoulish. Prince Harry and Meghan do not owe us or anyone else access to this special time in their lives. However, these photos were specifically shared: images they have decided can be publicly accessible in order to tell their story in their words.

Some of the photos are really familiar. Because even though we haven’t seen these specific photos yet, by and large, the bump documentation from Meghan and Harry looks a lot like what lots of pregnant folks have on their own phones in many cases, like this early photo of her pregnancy with Archie, taken at Frogmore Cottage.

We were delighted to learn in the second batch of episodes that some of the photo booth photos we saw in the trailer are from when Meghan was pregnant (presumably with Archie).

Meghan’s New York baby shower, intimate but nevertheless pretty glam (Serena Williams was there, people! This is not a drill!) made headlines when it happened. While, as happens with many of the royals, the press would sometimes put negative spin on the events, Meghan and her friends described it as a really lovely, sweet affair.

Of course the big unanswered question — indeed, the elephant in the room — is what flavor was that cake? Hungry minds want to know!

We love this photo because, honestly, whomst among us who have been pregnant have not taken an unglamorous bathroom mirror bump selfie?

We love this photo because it looks like someone captured it when she wasn’t really paying attention and she just looks like a nature goddess out in her element...

This one really just shows how incredibly powerful pregnant bodies are —Meghan looks about ready to give birth in this photo of her pregnant with Archie.

At this point in the series, the Sussexes sneak off to a beach in Big Sur, California, Meghan excitedly whispers that she’s pregnant. It’s a really cute, sweet moment.

While her pregnancy with Lilibet was largely unobserved by public eyes, there was a very public moment where her bump was on display: during her interview with Oprah Winfrey. The docuseries discusses the couple’s decision to appear with the famed interviewer and also features footage of the pair watching it together (apparently at the same time as the rest of us).

Less public but likely just as memorable moments for the family (ft. Lilibump) are also seen in the series, as when the Sussexes set up a special Easter egg hunt for Archie (his last as an only child).

Just weeks before Lilibet was born, Prince Harry had to fly back to the UK for the funeral of his grandfather, Prince Phillip. Here, Meghan can be seen with Archie resting on her bump as they say goodbye.

Most of these moments are a far cry from the beautiful, official maternity photos released to the public, and even though it’s none of our business it’s fun to take a retrospective peek at the happy, then growing family.