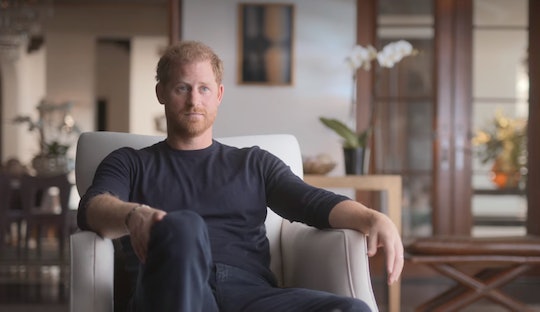 In Harry & Meghan, the Duchess of Sussex shared that she suffered a miscarriage their first morning in their new California home.

When Meghan Markle suffered a miscarriage in 2020, she and Prince Harry were already going through an incredibly difficult time. Trying to carve out a new life for themselves while still coming to terms with their previous lives as royals. And perhaps most significantly, dealing with a high profile lawsuit against the Associated Newspapers (which she ultimately won) for publishing a private letter she had written her father Thomas Markle. The stress from which Prince Harry believes caused his wife to miscarry her second pregnancy, as he explained in the Netflix docuseries Harry & Meghan.

It is important to note that, according to the American College of Obstetricians and Gynecologists (ACOG), there is no medical evidence that stress can cause a miscarriage. Prince Harry’s contention, as he explains himself, is simply his own opinion. But when he looked back on the struggle his wife was going through at the time, he couldn’t help but be upset about the timing. The couple had just moved into their new home in Montecito, California, and Meghan’s lawyer Jenny Afia said in the docuseries that the duchess was not sleeping as a result of stress. Sending emails in the middle of the night, anxious about a lawsuit that was dragging on for years. And then, as Meghan shared, “The first morning that we woke up in our new home is when I miscarried.”

That series of events led Prince Harry to lay the blame squarely at the feet of the Mail On Sunday. “I believe my wife suffered a miscarriage because of what the Mail did,” Prince Harry said in the docuseries. “I watched the whole thing.”

The Duke of Sussex went on to point out that this was not a fact, just his own personal belief. “Now do we absolutely know that the miscarriage was created caused by that? Of course, we don't,” he added, looking back on his own recollection of events. “Bearing in mind the stress that caused the lack of sleep and the timing of the pregnancy, how many weeks in she was, I can say from what I saw, that miscarriage was created by what they were trying to do to her.”

Regardless of what caused Meghan’s miscarriage — the ACOG notes miscarriage is usually “a random event” — she used her own grief as a catalyst to write an essay for The New York Times in the hopes of helping other women who might feel alone in a similar situation. In the docuseries, Meghan’s mom Doria Ragland spoke about how proud she was of her daughter for choosing to speak out about her miscarriage before adding, “but that doesn’t surprise me because she is brave and courageous.”

The following year, the couple went on to welcome daughter Lilibet “Lili” Diana in June 2021 and forge their own path in their new life together.

Prince Harry is not a medical expert and does not claim to be so. He is just a husband and father who is recounting his frustration and grief over a pregnancy loss.