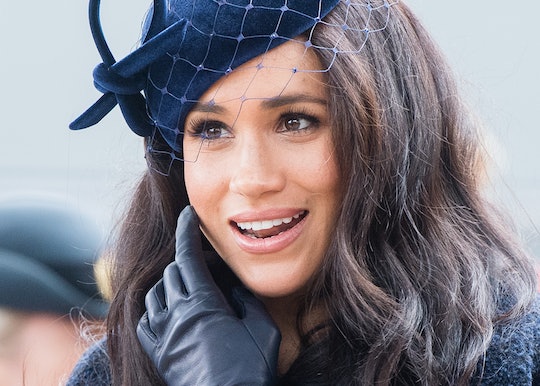 “This is a victory not just for me, but for anyone who has ever felt scared to stand up for what’s right.”

Ahead of her royal wedding to Prince Harry in 2018, Meghan Markle wrote a private letter to her father Thomas Markle to encourage him to stop speaking out to the press about their relationship. That letter was meant to be from a daughter to a father, not from a duchess to the paparazzi. After Thomas Markle first sold photos to tabloids before his daughter’s marriage and then continued to speak out publicly against her, he shared that letter with the Mail On Sunday, which published excerpts from it without her permission. An act which has now been deemed by a British court as an invasion of her privacy and breach of copyright. After a long legal battle and years of having her privacy invaded, the Duchess of Sussex spoke out about her lawsuit victory.

“This is a victory not just for me, but for anyone who has ever felt scared to stand up for what’s right,” Meghan said in a statement issued Thursday after a UK Court of Appeal ruled in her favor. “While this win is precedent setting, what matters most is that we are now collectively brave enough to reshape a tabloid industry that conditions people to be cruel, and profits from the lies and pain that they create.”

Meghan, who has since stepped down from her senior royal role and moved to California with Prince Harry and their two children, 2-year-old Archie and baby girl Lilibet, went on to note that she had “been patient in the face of deception, intimidation, and calculated attacks.”

In February, a UK judge found that Meghan had a “reasonable expectation that the contents of the letter would remain private” and “The Mail articles interfered with that reasonable expectation,” as Page Six reported, noting that the publication misused her personal information and infringed on her copyright by sharing excerpts with the public.

Meghan Markle issued a statement about her court victory.

The emotional letter Meghan sent to her father was ironically a plea for him to stop speaking to the tabloids. The Duchess of Sussex addressed her disappointment in her father’s refusal to stop speaking to the press in an interview with Oprah Winfrey in March. “I said, ‘I just need you to tell me, if you tell me the truth, we can help,’” she explained during the interview. “And he wasn’t able to do that, and that for me has really resonated, especially now as a mother.”

Meghan’s victory in court has her thinking not just of her own privacy, but how this will resonate for others,.“The courts have held the defendant to account, and my hope is that we all begin to do the same,” she concluded in her statement. “Because as far removed as it may seem from your personal life, it’s not. Tomorrow it could be you. These harmful practices don’t happen once in a blue moon — they are a daily fail that divide us, and we all deserve better.”