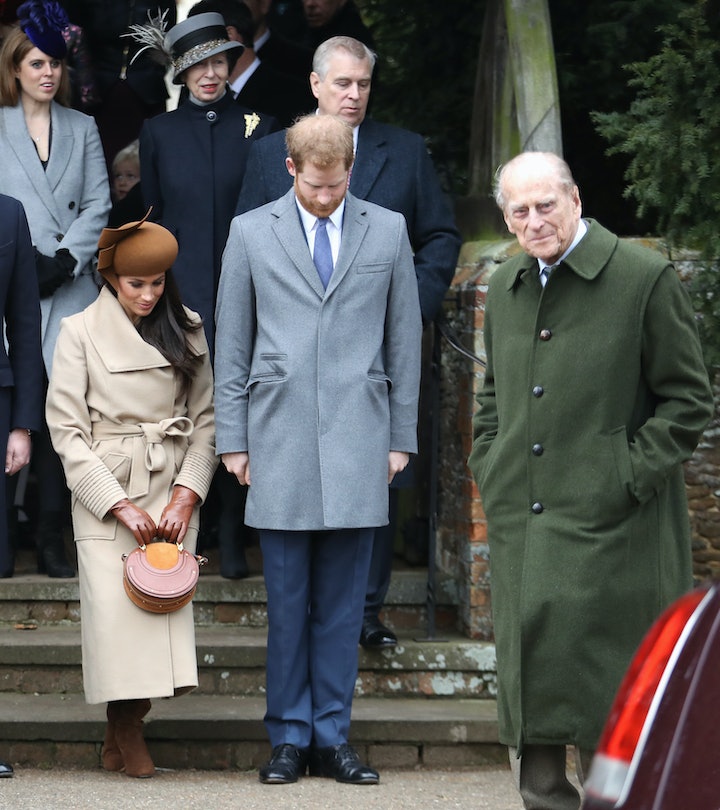 Harry’s Grandfather, the Duke of Edinburgh, has died at the age of 99.

Just a few hours after the news of Prince Philip’s death at the age of 99 spread around the word, Prince Harry and Meghan Markle honored the royal patriarch with a touching tribute. They devoted the entire landing page of their foundation, Archwell, to a simple message. “In Loving Memory of His Royal Highness The Duke of Edinbrugh, 1921-2021,” reads the website. “Thank you for your service... you will be greatly missed.”

It was still the middle of the night in California, where the Duke and Duchess of Sussex live with their son Archie, when Buckingham Palace released a statement early Friday about the death of the longest-serving British consort. “It is with deep sorrow that Her Majesty The Queen has announced the death of her beloved husband, His Royal Highness The Prince Philip, Duke of Edinburgh. His Royal Highness passed away peacefully this morning at Windsor Castle,” it read. Elizabeth and Philip had been married for 73 years.

As one of Prince Philip’s eight grandchildren, Prince Harry was reportedly quite close to his grandfather. Harry had followed in Philip’s footsteps when he became a captain in the British Army (Prince Philip had served in the British navy during and after World War II). And in 1997, Philip famously walked behind Princess Diana’s funeral cortege with his two grieving grandsons.

In the wake of Prince Philip’s death, there has been much speculation about whether the Duke and Duchess of Sussex will return to the United Kingdom for his funeral. It was announced yesterday that the Duke of Edinburgh will not have a state funeral, as per his own wishes, and instead will be laid to rest at Windsor Castle after a small, private memorial in keeping with COVID-19 safety practices. As travel restrictions remain in place and Meghan Markle is pregnant with the couple’s second baby, flying to London for Prince Philip’s funeral might prove tricky.

People magazine reported that Prince Harry is expected to return to England for his grandfather’s funeral, which would mark the first time he has been back since moving to the U.S. and sitting down for an in-depth interview with Oprah Winfrey about royal life.

Whatever Prince Harry does to mark Prince Philip’s funeral, he has already paid tribute to a man he clearly cared about, a man who made a profound impact on his life: His grandfather.