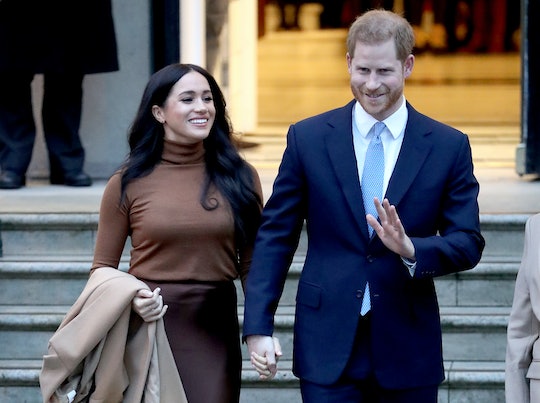 The proud parents of two are very “mindful” of screen time.

If you spend some time on Prince Harry and Meghan Markle’s website, you’ll be given a gentle reminder to take your eyes off your screen for a moment. Indeed, Meghan and Harry have added a thoughtful little pop-up message on Archewell’s website, reminding visitors to prioritize their mental health.

The next time you go on Archewell’s website to learn more about the couple’s non-profit foundation, their audio production company, their programming partnership with Netflix, or are just curious to see what it’s about, don’t be surprised when you see a pop-up message appears on your screen.

“We love having you here...But we’re mindful of screen time. Why not take a break? We’ll be here,” the pop-up message, which was first reported by PureWow and appears on the bottom of the page, reads. The little note appears if you’ve been on any of Archewell’s pages for about 45 minutes.

Harry and Meghan have long been outspoken and advocated for mental health. As for screen time, research has shown that being online too much can negatively affect a person’s mood; according to Healthline, too much TV or social media scrolling has been linked to depression. In The Me You Can’t See, the Duke of Sussex’s Apple TV+ series with Oprah Winfrey, Harry openly talked about his own struggles with mental health.

Harry has even encouraged others to seek therapy — whether that’s talking with a licensed professional or spending some time in nature. “There are certain things that are around the world that are free, some you have to pay for,” he said during an appearance on Dax Shepard’s Armchair Expert podcast in May. “But ultimately, go searching for the things that make you feel good about yourself. That’s the key to life.”

So if that means taking a break from reading touching stories on Archewell’s website to go outside and get some fresh air, or call a friend, do as the royals do.