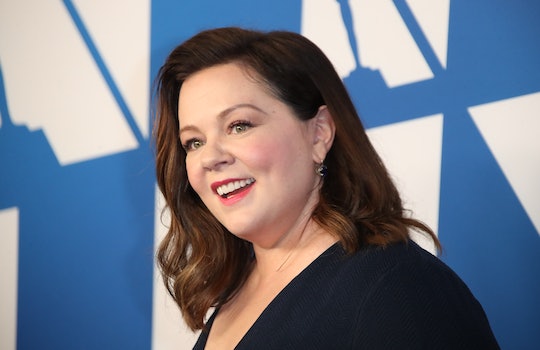 When it came time for Meghan Markle to celebrate her 40th birthday, she decided to use that special milestone by introducing an initiative to empower women going back into the workforce in a cute video with Melissa McCarthy. The Zoom call featured McCarthy dressing up in a big hat, suggesting she and Meghan get matching tattoos, a yacht party, and best of all, a Suits reunion. There was even a cameo of Prince Harry juggling outside the window. While we could be forgiven for assuming these comedic moments all came from the Bridesmaids actress, that was not the case. McCarthy said that Meghan and Harry were both instrumental in coming up with the cute, casual, easygoing vibe of her birthday video.

McCarthy opened up in a recent interview with Access about her big moment with Meghan to film a video to support the Duchess of Sussex’s 40x40 initiative for Archewell, which encourages women to give 40 minutes of mentoring to 40 women who are trying to get back into the workplace.

“She said, 'Let's do it in a fun way and see if we can drum up more people helping more women kind of get back into the workforce,'" McCarthy explained. "I was like, 'Yes! What a great idea.' I was so pleased to be a part of it."

McCarthy even admitted that one of her favorite parts of the video, when she asks Meghan if she’ll celebrate her birthday with a Suits reunion (Markle played Rachel on Suits before leaving to marry Prince Harry in 2017), came from the Duchess of Sussex herself. "The Suits reunion really made me laugh," McCarthy said. "That was not my idea. I wish I could claim that bit, but it was hers."

Melissa McCarthy opened up about her time with Meghan and Harry.

As for Prince Harry popping up outside the window to juggle, that came from the dad of two himself. "He's like, 'Is it going to be weird if I stand outside and juggle?’” McCarthy explained. “I was like, 'Weird in the way that will make me watch it 5 million times.”

They might be royals, but they’re also parents of two little ones, 2-year-old son Archie and baby girl Llibet, who seem just really excited about getting in a little entertainment time. Juggling, joking around, hanging out with one of the funniest women in Hollywood. What a treat for anyone, but especially for new parents living by their baby’s sleep schedule. And it’s for a good cause to boot.