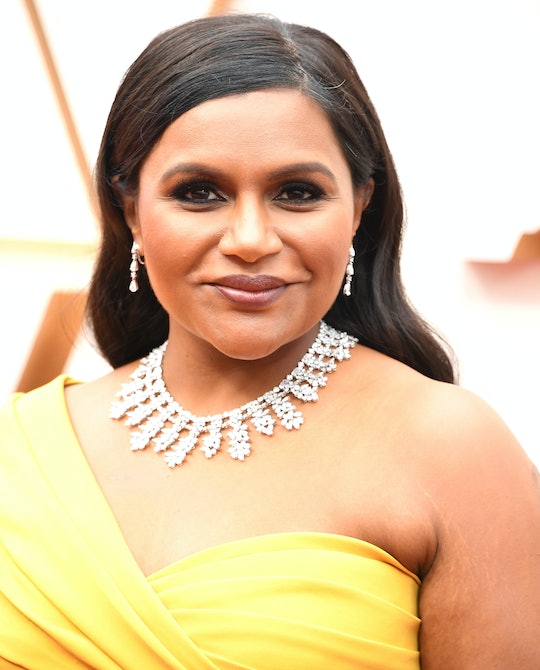 Mindy Kaling Reveals She Named Her Children After Hollywood Legends

How did we not make that connection?

Mindy Kaling might be super private about little details like being pregnant with her second child and such, but every once in a while she gives us a little peak behind the curtains. For example, in a recent interview with People, Kaling shared the inspiration behind her kids' names. It seems she went for a little old Hollywood glamor when looking for monikers for her little ones.

The Mindy Project creator welcomed 3-year-old daughter Katherine "Kit" Swati in 2017 and gave birth to son Spencer Avu in September after managing to keep her pregnancy under wraps throughout the pandemic. She told People that her inspiration for Katherine and Spencer's names were legendary actors and real-life couple Katherine Hepburn and Spencer Tracy. It apparently helped that the two names were classic since, as she explained to the magazine, "I don't trust my own judgment with those kinds of names. If I name my son River, that connotes a certain kind of person who is very go with the flow, artsy. But what if he's not like that at all? Will he be furious with me? I just tried to pick classic names that felt like they would have to work really hard to get mad at me about later."

While names like Katherine and Spencer might be classics, much like the amazing actors her kids were named for, she has made her daughter's name more unique with a nickname. "Kit," as Katherine is called, or in a Wednesday post to celebrate her third birthday, "Kittles."

Mindy Kaling's kids have classic names for a reason.

Spencer does not appear to have a nickname just yet, but give him time.

Kaling recently took to social media to respond to a fan's concern that she had chosen "caucasian" names by sharing their Hindu middle names, Katherine Swati (after her mother, Dr. Swati Chokalingam, who died of pancreatic cancer in 2012), and Spencer Avu.

These names were a way to pay homage to her own mother, who she admitted in her recent collection of essays for Amazon, Nothing Like I Imagined (Except for Sometimes), she has missed terribly as a new parent, "Not having a mom around to support me was torture. It felt especially cosmically mean that my mother had been an obstetrician and gynecologist and I'd had a tough delivery."

Much like the inspiration for Kit's name, Katherine Hepburn, Mindy Kaling has become something of a tour de force of her own. A writer, producer, actor, and single mom of two raising her kids on her own during a pandemic, Kaling is setting an example of true grit for her kids. Hepburn would be proud.

More Like This
14 Baby Names Inspired By 'The White Lotus' That Deserve A Round Of Aperol Spritzes
Julia Louis-Dreyfus Holds Hands With Son Charlie Hall At White House State Dinner
It’s Britney(‘s Birthday), Bitch!
David Beckham Impressed Mariah Carey With His Rendition Of "All I Want For Christmas"