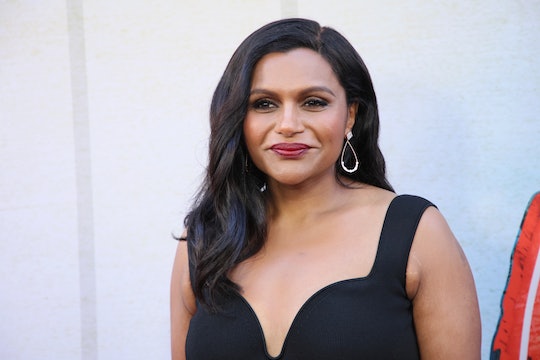 And maybe, just maybe, Kit will start following her around the house saying, “How dare you?”

Everyone loves Kelly Kapoor from The Office. Especially Mindy Kaling. And hopefully one day her 4-year-old daughter Katherine “Kit” Kaling. The mom of two opened up about how excited she is to one day share her iconic character with her daughter, and it’s one of the best things about the writer and actress. Her unabashed enthusiasm for her own work.

While Kaling hasn’t watched any episodes of the NBC juggernaut The Office since it went off the air in 2013, she told Marie Claire in a new interview she is still so happy to talk about the series she worked on for eight years. Even when she’s approached by “random teenage boys” who talk to her about Kelly Kapoor when she’s in an airport. But there’s one person she’s especially excited to talk to about Kapoor. Her 4-year-old daughter Katherine. At least when the time is right.

“My hope is that she'll be 12 or 13, and kids will be talking about it at school, and then she'll want to watch it and I can show it to her,” she told the magazine.

The staying power of The Office cannot be underestimated, with streaming services clamoring to carry the sitcom that continues to be rediscovered by new generations. Which means it’s fairly likely that the series will still be kicking around when Kaling’s daughter is 12 or 13 years old.

Kaling’s daughter Katherine and her 1-year-old son Spencer are kept very much away from her life as a celebrity, with the protective mom deciding not to share their photos on social media or share their birth stories publicly. Her plan is to wait for their consent. “I have no judgment for people in the public eye who share photos and videos of their children,” she explained in 2021. “My sense is that [my kids] have no real consent right now to do that. ... I feel like I might as well wait until they get old enough so they can tell me if they want to be part of my social media or not.”

So the concept of her mother as not just a famous person but as an iconic character should come as a big shock to Katherine. I hope she immediately starts following her mother around the house saying, “How dare you?” What a bonding experience for them both.