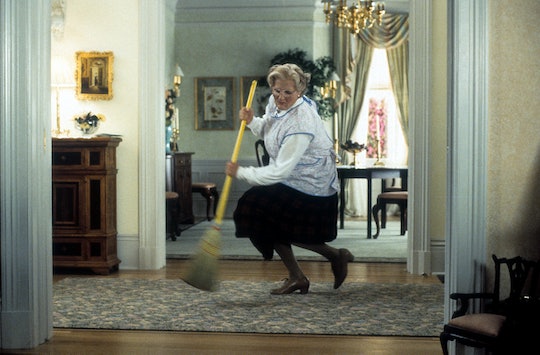 Here Are The Most Popular ‘90s Movies In Every State

The Lion King and Mrs. Doubtfire reigned supreme! Is anyone surprised?

Have you ever wondered what kind of movies your neighbors are watching? Wondered if they, too, are still big fans of nostalgic choices from the ‘90s? Well if they are, I can tell you what they’re watching. Or at least, what they’re looking to watch. Because internet provider Frontier.com did the leg work to find out which was the most popular ‘90s movie by state, and let’s just say it’s still Hakuna Matata for The Lion King after all these years.

Researchers at Frontier compiled data from internet searches between May 2020 and May 2021 to find out which of the top 20 most popular movies from the ‘90s are still in demand from nostalgic fans. They used that information to determine which of the 13 top movies were most popular based on states, and clearly Millennials still have a soft spot for their childhood favorites.

While certain adult blockbusters certainly made the list, top billing went to a little known animated movie from 1994 about a young prince who “just can’t wait to be king” until his ruthless yet shockingly charming uncle steps in and takes over the role.

Mufasa was right when he told Simba that he would reign over “everything the light touches. The Lion King is the number one most popular ‘90s movie in a whopping 18 states across the country, including Florida, Texas, Minnesota, and Kentucky. The Lion King was a huge hit at the box office, of course, spawning two sequels and a live-action remake with music from Beyoncé herself. I knew it was popular, but I didn’t know it was the most popular ‘90s movie in the country.

Tied for second place were Robin Williams’ tour de force performance as Mrs. Doubtfire from 1993 and Whoopi Goldberg’s Oscar-winning performance as the spirit of Patrick Swayze in the 1990 movie Ghost. Honorable mention goes to Demi Moore’s haircut which was so iconic it got a mention on Friends and of course, that pottery wheel. Each movie claimed top spot in five states, which feels low. Maybe people need to watch Robin Williams dance around to “Dude Looks Like A Lady” with his vacuum cleaner again.

And The Rest Of The States Go To...

This list is a reminder that blockbuster action films really shared top billing with goofball comedies and animated classics in the ‘90s. It was a simpler time. I mean, not really but it’s nice to remember it that way.