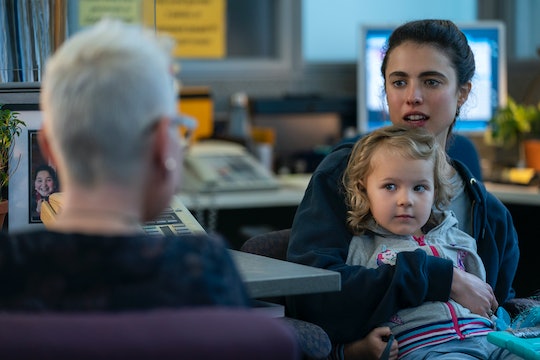 “There was a conscious effort for us to give back what we could.”

The powerful and popular Netflix series Maid follows a young single mom named Alex desperately trying to make a life for herself and her daughter after leaving an abusive situation. It was a moving series that shed light on the significant struggles facing women when they leave an abusive partner with no money and no support. Alex has become representative of so many women trying to survive in a similar situation — and the team behind Netflix’s Maid recognizes that. Indeed, the production team donated truckloads of items used in the making of the series to benefit other victims of domestic abuse.

Maid’s production crew donated clothing, household items, and other set materials to local organizations supporting victims of domestic abuse. “​​We donated as much as we possibly could,” Paul Russell, production manager for Maid, told Capital Daily. “There was a conscious effort for us to give back what we could, because of the content of the show... it would have been hypocritical for us to tell the story the way that we did and not give back in some way.”

Spreading information about local support for domestic violence victims was just as important as the donated materials to Victoria Women’s Transition House Society development director Susan Howard, according to CHEK News. “It’s great in a sense that we struggle sometimes to get the word out to let folks know that services are available in our community for women that are fleeing from violence and abuse in the home. I think the producers really felt that the proper place to make any donations would have been our shelters for this show.”

One of the recurring themes of Maid, both the series and the memoir by Stephanie Land on which it’s based, is that of a woman trying to find a space. Find an apartment, find a bed, find toys for her kid, find her way to a better life. Donations like these make all the difference in the world to struggling organizations who are trying to help victims of domestic abuse, especially when they are such a superior quality.

“To have multiple truckloads of those quality goods was super impactful for us,” Victoria’s Women in Need Community Cooperative’s marketing director Kate Charlebois explained to Capital Daily. “It was the volume and the quality [that made a difference], because it was set decorations that hadn’t been used before.”

Maid continues to help victims of domestic abuse, through awareness, through representation, and through truckloads of donated goods that will make a real impact in their lives for years to come.