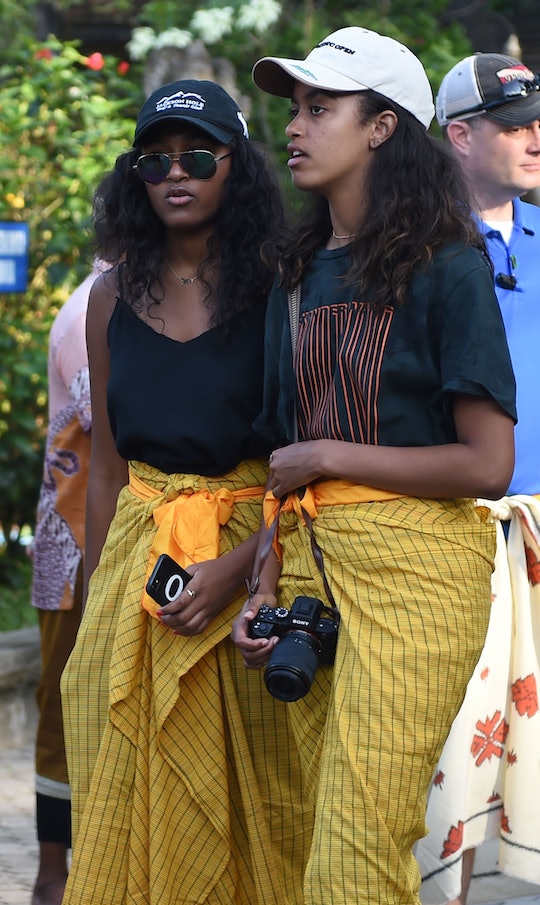 If you thought your dad was overprotective, try being the daughter of the former President of the United States. For Barack Obama’s daughters, 22-year-old Malia and 19-year-old Sasha, they’ve had highly-trained secret service agents follow them around everywhere for most of their lives and, of course, that included on dates.

"First of all, them as teenagers having secret service guys follow them when they were going out on dates, I think probably has shut down their interest in public service," Obama joked during a recent appearance on The Late Late Show With James Corden. "They still have PTSD from guys talking into their wrist microphones with glasses as they're trying to go to a music concert."

The former president told Corden that may be a reason why he never expects to see his daughters in a public office. But if they did decide to take the political route, he would be proud. “You have to have a certain tolerance for nonsense and silliness and meanness, frankly, to go into public service,” Obama said. “As a father, I want to protect my girls from that stuff. I think they are probably going to find other ways to serve rather than run for office themselves, but you never know. If they decided to do it, obviously I would be extraordinarily proud of them.”

While having a secret service agent at a nearby table on a first date or standing next to you at Coachella might be a thing of the past these days, the Promised Land author shared how the Obama family got to personally spend a lot of time time with Malia’s boyfriend during quarantine. So much, in fact, that Obama revealed during an interview on The Bill Simmons Podcast in December 2020 that his “grocery bill went up about 30%."

"He was sort of stuck because there was a whole visa thing and he had a job set up," Obama said about Malia’s boyfriend quarantining with the family. “So we took him in and I didn't want to like him, but he's a good kid... The only thing you discover — this is not a surprise to you, Bill, because you've got a son — young men eat.”

Post-presidency, Sasha and Malia are secret service-less on their daily errands and their dad could not be more proud of them as young women. “They have turned into just exceptional young women," he told Corden during his May 17 interview. "I could not be prouder of them, not just because they're smart and accomplished, but they're just kind people. They don't have an attitude.”