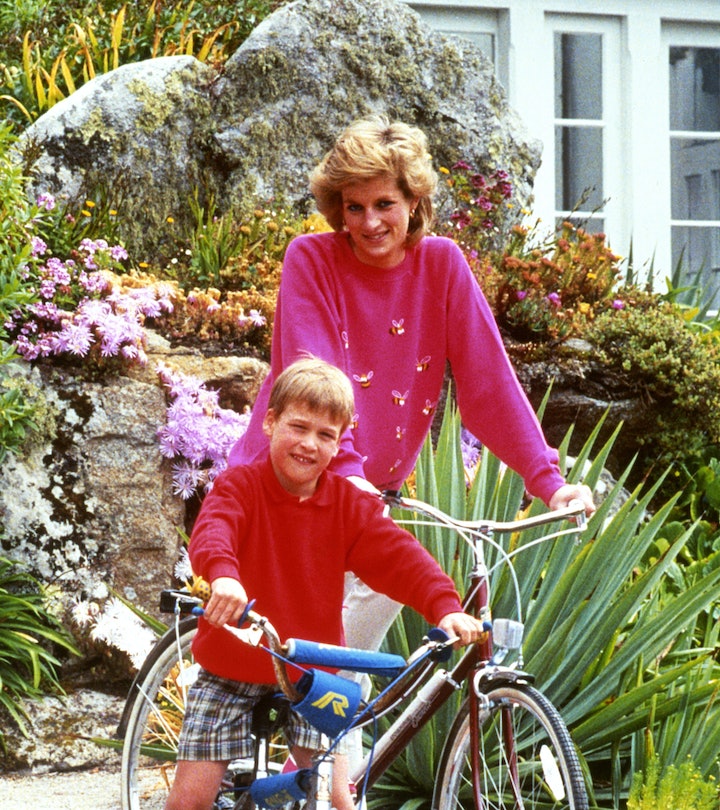 20 Great Photos Of Princess Diana Embracing Her Sporty Side

Riding bikes with Prince William, riding on a jet ski with Prince Harry... these photos are *chef’s kiss.*

Listen, we all love to see a royal in a tiara. It’s the fantasy we’ve signed up for as royal watchers who might just pay close attention to every move the House of Windsor makes. But do you know what is oddly even more satisfying than all the pomp and circumstance? Seeing a woman who was arguably the most glamorous of all the royals ride a bike. Or go skiing. Or prepare to play tennis. These sporty photos of Princess Diana having the time of her life are the inspirational content we all need right now. Especially when she was having a blast with her kids in tow.

Princess Diana was a real sporty kind of gal before her untimely death in a car crash in Paris in 1997. She was an accomplished dancer, even joining professional dancer Wayne Sleep at the Royal Opera House to perform a choreographed number to Billy Joel’s “Uptown Girl” for Prince Charles in 1984. She was also a fan of skiing, much like many other members of the royal family, and taking her two sons, Prince William and Prince Harry, for bike rides while on holiday together. All of these outdoor, sporty events make for great photos. As you’re about to see.