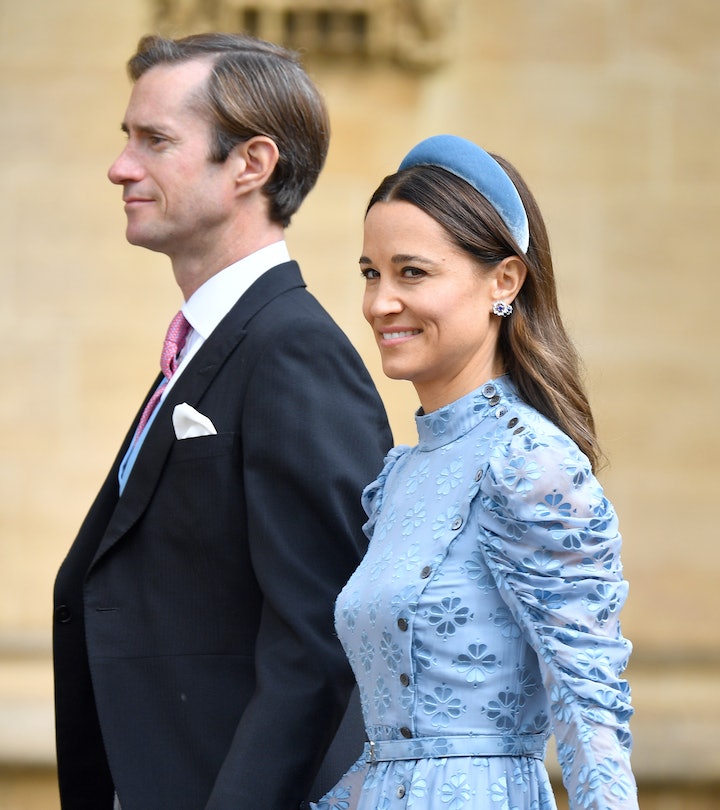 Arthur and Grace have a baby sibling.

The Cambridge kids officially have a new cousin. Kate Middleton’s younger sister Pippa has reportedly welcomed her third child with husband James Matthews, and playdates are about to get a whole lot busier for the Middleton family.

The latest addition to Pippa and James Matthews’ family reportedly arrived a few weeks ago, according to People, although the couple has not yet confirmed their little one’s arrival. Which should not come as a massive surprise since Pippa did not announce her third pregnancy, instead preferring to casually arrive at the Platinum Party to celebrate Queen Elizabeth’s Platinum Jubilee with a visible baby bump. Considering that was just over a month ago, she was mere weeks from giving birth at the time.

People also reported that the couple welcomed a second baby girl, as they are already parents to 3-year-old son Arthur and 1-year-old daughter Grace. Much like her older sister Kate, Pippa gave birth to her children in the Lido Wing of St. Mary’s Hospital in London, the magazine reported.

This latest addition, whose name has not been released, is the sixth grandchild for Carole and Michael Middleton including the Duchess of Cambridge’s three children: 8-year-old Prince George, 7-year-old Princess Charlotte, and 4-year-old Prince Louis.

The new parents of three, who married in 2017, are reportedly planning a fairly significant move in the coming months as a family of five that will give these cousins a chance to spend lots of time together. The Daily Mail reported that they are planning to move to Berkshire to be closer to Carole and Michael Middleton’s family home of Bucklebury Manor. This move would bring them within 50 minutes of Prince William and Kate’s new home of Adelaide Cottage in Windsor, where they are planning to move this summer to be closer to 96-year-old Queen Elizabeth.

While details of the newest member of the Middleton family are decidedly sparse, we know her mom Pippa is open to homeopathic therapy for newborns. After the birth of big brother Arthur in 2018, Pippa wrote in Waitrose Weekend magazine about discovering cranial osteopathy to help her son sleep. “Soon after Arthur was born last year,” she wrote at the time, “I heard a few mums talking about seeing a cranial osteopath. It’s a popular alternative therapy for newborns, particularly those who have had a traumatic birth, are unsettled, or have trouble sleeping."

With any luck her new baby girl will sleep through the night. This is our wish for all new moms.