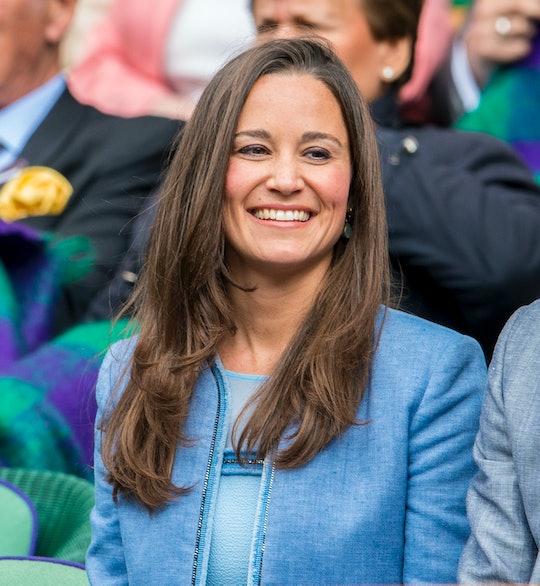 Anyone out there looking for baby girl name trends, here’s a tip for you. Think floral. Especially if you’re someone who wouldn’t mind keeping up with the royals. Pippa Middleton’s third baby’s name is more than just an English classic, it’s a classic flower. Eternally smelling sweet, as the Bard himself implied.

Middleton and her financier husband James Matthews welcomed their third child sometime in early July, although the couple did not share the exact birth date at the time. Indeed, the younger sister of the Duchess of Cambridge didn’t officially announce her pregnancy; she simply showed up at the Platinum Jubilee with a baby bump, smiling serenely. Middleton, who is mom to 3-year-old son Arthur and 1-year-old daughter Grace, reportedly chose a floral name for her youngest baby. Some might even call it the floral name, in fact. People reports that she and Matthews named their baby girl Rose, a decidedly classic name and one that has several royal ties to it. Princess Diana was called “England’s Rose” in a tribute from Elton John at her funeral in 1997, for instance.

And of course, there’s the floral connection to Meghan Markle and Prince Harry’s 1-year-old daughter, Lilibet Diana. She is called “Lili” by her parents, another classic floral name.

Middleton’s choice of the name Rose has not yet been officially confirmed by the couple, but it does feel appropriate given her tendency to lean towards classic names like Arthur and Grace. The name has been slowly trending upwards in recent years, though Rose is still sitting farther down on the popularity charts. It has long been a fixture in movies and television, with Kate Winslet’s character called Rose in Titanic and Betty White’s iconic Rose from The Golden Girls lending a certain je ne sais quoi to the moniker.

Now that Rose has arrived, her parents have decided to move to the country to be closer to her grandparents. Carole and Michael Middleton live in Bucklebury Manor in Berkshire, and People reports that Middleton and Matthews are planning to leave London to raise their children there. It’s a wise move considering her parents are close by to babysit and her older sister Kate Middleton tends to visit frequently with her own three kids, 9-year-old Prince George, 7-year-old Princess Charlotte, and 4-year-old Prince Louis.

Besides, roses thrive in the country, don’t they?