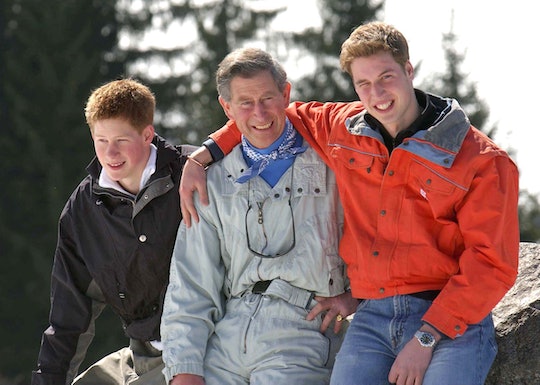 He praised both sons in a new essay.

Lifelong conservationist Prince Charles recently wrote an essay for Newsweek about climate change, and his words really struck a chord. Not just because of his passion for the environment, but also because of his pride in his two sons. The Prince of Wales has been decidedly reticent about discussing his relationship with his sons in recent times, so when he praised both Prince William and Prince Harry in print, it was a lovely reminder that he is more than the future King of England.

In his essay, Prince Charles wrote about the dangers of climate change threatening the planet and how “as a father, I am proud that my sons have recognized this threat.” He went on to praise Prince William for his extraordinary efforts. “Most recently, my elder son, William, launched the prestigious Earthshot Prize to incentivize change and help repair our planet over the next 10 years by identifying and investing in the technologies that can make a difference,” he wrote. Prince William’s Earthshot Prize, which was launched in 2020, will award five winners a prize of one million pounds for doing the most to end the effects of climate change by 2030.

While it was lovely to see Prince Charles praising his oldest son, it was his words about Prince Harry that felt especially meaningful given their recent circumstances. “And my younger son, Harry, has passionately highlighted the impact of climate change, especially in relation to Africa, and committed his charity to being net zero.” Prince Harry and Meghan Markle announced in November that they intend for their charitable organization Archewell to be net zero carbon emissions by 2030.

Prince Harry’s relationship with his father has been a bit of a question mark ever since he and wife Meghan Markle stepped away from their senior royal roles in 2020, eventually settling in Montecito, California with now-2-year-old son Archie. Since then, the couple has welcomed baby girl Lilibet “Lili” Diana and have yet to return to the United Kingdom to introduce her to the royal family. In April, Prince Harry appeared to confirm rumors of tension with his father when he told Oprah Winfrey in a televised interview that his father stopped taking his calls. He also claimed that both his father and brother were “trapped” within the royal family at the time.

Whether or not the father and son are speaking at this point is unclear, but one thing Prince Charles did make clear in his essay; he is proud of his sons.