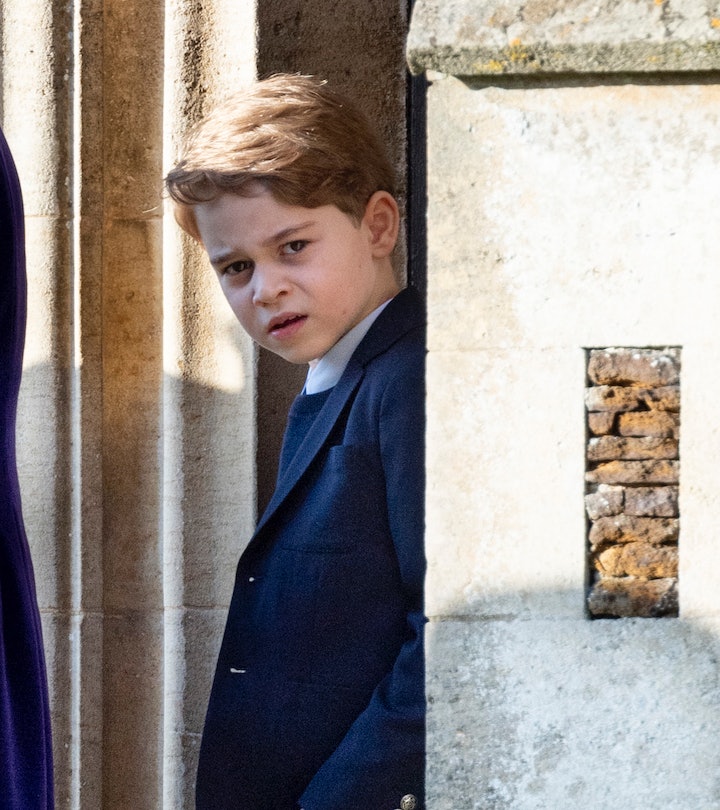 Prince George is one year older and it’s official, the young royal is a carbon copy of his dad, Prince William. In honor of their son’s 8th birthday on July 22, Kate Middleton snapped a new photo of Prince George rocking a striped polo, blue shorts, and a huge smile that has royal fans doing a double-take.

“Turing eight (!) tomorrow,” the Duke and Duchess of Cambridge captioned the photo of Prince George shared on their social media accounts Tuesday. As she’s done every year and with every special occasion, Middleton captured the sweet new photo.

Royal fans were quick to comment on how similar Prince George looks like Prince William when he was his age. “He looks so much like William!” one Twitter user commented on the photo, while another said, “That smile is the same.” One more fan chimed in, “You can see so much of William is this photo. Happy Birthday to our Future King. Beautiful photo as always captured by Kate.”

From the blonde hair to the big smile, as you can see in the photos below of Prince William, it’s clear that Prince George got many of his features from his dad.

While his parents haven’t shared how they’re celebrating Prince George’s big day, it seems very likely that there will be cake. A birthday cake that Middleton most probably up late to make, in fact. During 2019’s A Berry Royal Christmas, Middleton told English food writer, chef, baker Mary Berry that she loves “making the cake” on her kids’ birthdays, adding, “It’s become a bit of a tradition that I stay up ’til midnight with ridiculous amounts of cake mix and icing and I make far too much. But I love it.” Who knows, maybe Prince George’s younger siblings, sister Princess Charlotte and brother Prince Louis, also burned the midnight oil and helped their mom frost the cake.