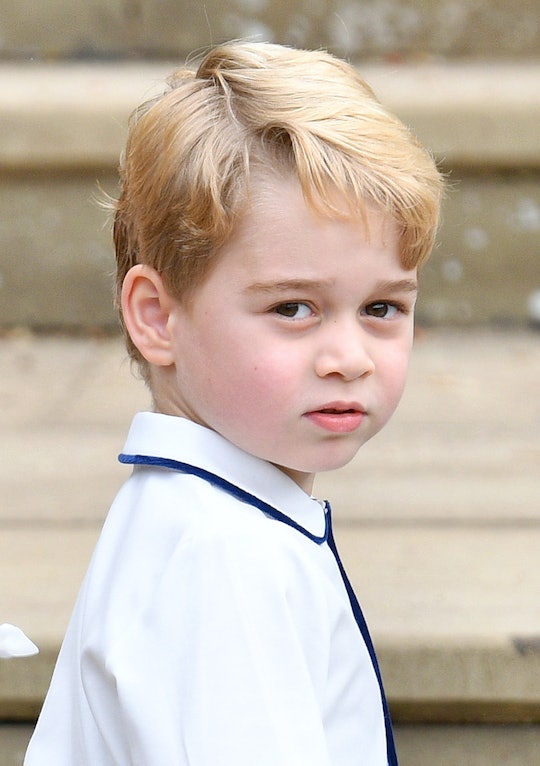 It’s a blink-and-you’ll-miss-it kind of detail.

In honor of his 8th birthday on July 22, the royal family released an official portrait of Prince George to the public. The photo is adorable and he looks so much like his dad, Prince William. But you might not have noticed is that Prince George’s birthday portrait also has a sweet nod to his late great grandfather, Prince Philip.

“Turning eight(!) tomorrow,” Prince William and Kate Middleton captioned the photo of their oldest son posted to social media the day before his birthday. The photo, shot by Middleton, captures Prince George wearing a blue and orange striped polo while sitting on top of a car. But it’s not just any car. Royal watchers spotted that this car is a Land Rover Defender, which was a favorite car of his late great-grandfather, Prince Philip, according to The Independent.

Following Prince Philip’s death in April, it was revealed that the Queen’s husband had planned his own funeral down to the smallest of details. This included that his coffin be carried by a custom, modified Land Rover Defender, according to the BBC.

But even before his death, Prince Philip’s love of cars was widely known. Prince Philip had been a loyalist to Land Rover for almost his entire life, according to Car and Driver, and would often hop in the driver’s seat until he stopped driving in 2019. This makes Prince George’s photoshoot prop all the more special.

Although Prince George has several more years until he is legally allowed to drive a car of his own, he has expressed an interest in them, just like his great grandpa. In 2017, Prince William remarked that Prince George would “love” a race car built out of Lego bricks, according to TODAY. In 2018, during a reception held at Kensington Palace, Prince William confirmed that Prince George and his younger sister, Princess Charlotte were “obsessed” with police cars at the time, according to E! News.

There’s no telling if Prince George will pick out a Land Rover Defender for his first car when he’s older, but he’s got plenty of time to figure it out.