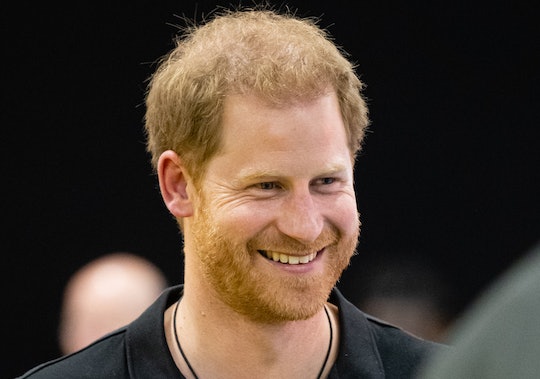 She’s on the move!

It seems like just yesterday that Meghan Markle and Prince Harry welcomed their daughter Lilibet “Lili” Diana. Perhaps because only one photo of the little girl has been released, it’s easy enough to think of Lilibet as a small baby. But time marches on. And so, apparently, does Lilibet. Prince Harry shared an exciting and arare update that baby Lili is now walking. And naturally, he is one “proud papa” of his little girl.

In a new interview with People, Prince Harry opened up about his private life in California with wife Meghan Markle and their two children, nearly 3-year-old son Archie and 11-month-old daughter Lilibet. A life that gets busier all the time, according to the proud dad, especially now that Lili has started trying to walk with one motivation.

“Her current priorities are trying to keep up with her brother; she took her first step just a few days ago!” the Duke of Sussex told People. “Proud papa, here.”

Prince Harry is currently in The Hague to support athletes at the Invictus Games, Meghan joined him at the beginning of the visit, leaving their two children behind in California. That means, of course, that he is away from Lili and her little walking feet trying to keep up with her big brother. But these two are clearly on their dad’s mind.

At the opening of the Invictus Games, an international sporting event Prince Harry founded to support injured and wounded soldiers, he talked to young reporters about his most fervent wish for his two kids. “It's not going to be easy, but I will never, ever rest until I, as a parent, have at least tried to make the world a better place for them,” he said.

He’s also excited to bring both of his kids to the Invictus Games, telling People he “can’t wait!” to include his kids in an event that he has worked on so passionately over the years. In fact, he’s already shown Archie videos to pique his interest. “I showed Archie a video of wheelchair basketball and rugby from the Invictus Games in Sydney, and he absolutely loved it,” he told the magazine.

Still, Archie has his own favorite show already; Octonauts. Prince Harry shared his son’s love for the animated British series during a speech at the Invictus Games, explaining that Archie is already considering a career as “Quasi from Octonauts.”

A newly walking baby and a toddler dreaming of being an Octonaut. It sounds as though Prince Harry is living the life of his dreams these days.