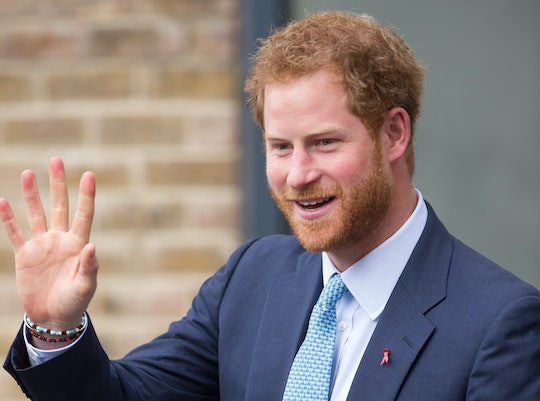 The wizarding world of Prince Harry.

Royal fans are well-versed in Meghan Markle’s nicknames for her husband. She called him “Haz” during an interview with James Corden, and when the couple visited Africa together she simply called him “H.” But it seems he was called something very different by his friends before he met his wife and became a dad of two. Prince Harry’s nickname from his friends makes total sense for so many reasons, although I have to say I personally think they chose the wrong character.

In 2017, Prince Harry sat down for an interview at Kensington Palace with Lisa La Flamme of CTV News, where it was noticed that he had a picture book of Harry Potter on display. Prince Harry, whose real name is actually Henry Charles Albert David so even the name we all call him is a nickname, admitted there was a special reason for the book. His friends call him “Potter,” as in “Harry Potter,” as in a young wizard with magical powers who grew up in London.

That certainly tracks for Prince Harry, who might not have magical powers but certainly has a kind of mystique about him. And much like the fictional character, Prince Harry lost his own mom at a young age. His first name is Harry, or at least that’s what everyone calls him. All of that makes sense. But still I think the red hair means he should be called “Weasley,” it just works better.

It’s incredibly common for the royal family to all have several nicknames, supposedly in an effort to lighten the mood at the palace every now and then. “The Royals are not very good at communicating with one another so this is one way around it. Nicknames are a way of taking the family tension out of things,” a royal source told The Sun.

The same seems to hold true for friends of the royals. Calling Prince Harry “Potter” is a lot less stuffy than calling him Your Highness. And Prince Harry is anything but stuffy. When he was a senior royal, he was known for being very casual when dealing with his family. He even outed Kate Middleton for calling her husband “Big Willy” during his best man’s speech at their 2011 royal wedding.

See what I mean? That feels like more of a Weasley move than a Potter.