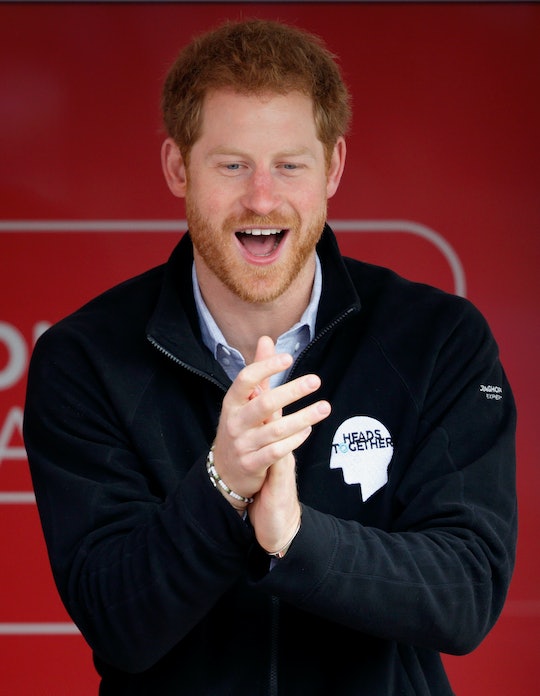 Prince Harry Has A New Gig In The Mental Health Industry

It’s with an app he’s been using for months.

It was recently announced that Prince Harry has new job with a mental health app, and considering he has long been an advocate for mental health awareness, his new work as BetterUp’s chief impact officer seems just perfect for him. Particularly as he told the Wall Street Journal on Tuesday that he has already been using BetterUp’s mental wellness app for months.

Prince Harry explained to the Wall Street Journal that he wanted to find a position where he felt he would help people. “I intend to help create impact in people’s lives. Proactive coaching provides endless possibilities for personal development, increased awareness, and an all-round better life.” To that end, he has signed on as the mental health coaching app’s chief impact officer.

Not only will Prince Harry be working for the app, he’s also been a client. He explained in a statement via BetterUp that he has “personally found working with a BetterUp coach to be invaluable. I was matched with a truly awesome coach who has given me sound advice and a fresh perspective. And because we believe in strengthening our own mental fitness, our entire Archewell team also has access to BetterUp coaching.”

While BetterUp’s CEO Alexi Robichaux did not provide details about the exact job description for the Duke of Sussex, he did tell the news outlet that he would have a role that was “meaningful and meaty” as an “officer for the corporation,” taking part in social company events and spending time in the San Francisco office.

Prince Harry has a new job.

Prince Harry has been incredibly open about his own mental health struggles in the past, so this job truly seems like an excellent fit for him as he and wife Meghan Markle adjust to their new post-royal lives in Montecito, California. After the death of his mother Princess Diana in 1997 when he was just 12 years old, Prince Harry struggled with coming to terms with his grief. As he wrote in the foreword for the children’s book about loss, Hospital On The Hill, “When I was a young boy I lost my mum. At the time, I didn’t want to believe it or accept it, and it left a huge hole inside of me. I know how you feel, and I want to assure you that over time that hole will be filled with so much love and support.”

Now that he and Markle are settled in to their new life and expecting a little sister for 22-month-old son Archie, Prince Harry seems to be finding his stride. Finding work that matters to him. Work that will have a lasting, positive impact on mental health awareness.