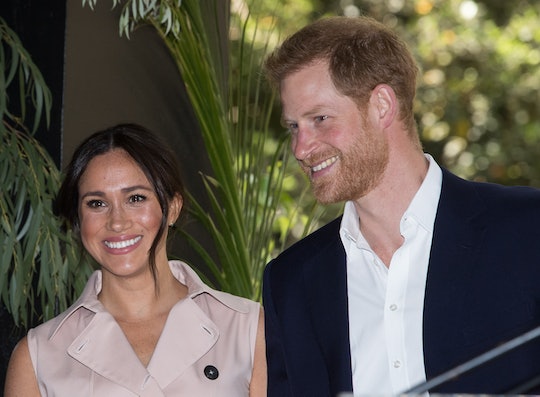 While the world was tossing around bets and theories about the name of Baby Sussex #2, whom we now know as Lilibet “Lili” Diana Mountbatten-Windsor, her parents were already in the process of securing her intellectual property legally. As it turns out, Meghan Markle and Prince Harry purchased several domain names for their daughter before she was even born.

Among the domains purchased were LilbetDiana.com and LiliDiana.com, according to reporting from The Telegraph, though neither of the domains is active yet. The couple’s website, archwell.com, for their charitable foundation called Archewell is a clear nod to their 2-year-old Archie.

“As is often customary with public figures, a significant number of domains of any potential names that were considered were purchased by their team to protect against the exploitation of the name once it was later chosen and publicly shared,” a spokesperson for the Sussexes shared with People.

Harry and Meghan are just two of many celebrity parents who have taken steps to legally protect their children's names. Back in 2017, Beyoncé and JAY-Z trademarked Rumi and Sir Carter's names. And last year, the couple won a suit to trademark Blue Ivy’s name. The Carters had been in a legal battle with Veronica Morales, the owner of events planning firm who named their company the Blue Ivy Company.

Lilibet Diana has big booties to fill! The infant is named after several, influential women in her family; first, her great-grandmother, Queen Elizabeth II, as well as her grandmothers, Princess Diana, and a sweet nod to Meghan’s mother, Doria Ragland. So while it remains to be seen how Lili or her parents will use those domains in the future, keep them bookmarked. You never know what when a fun royal tribute will make its way online...