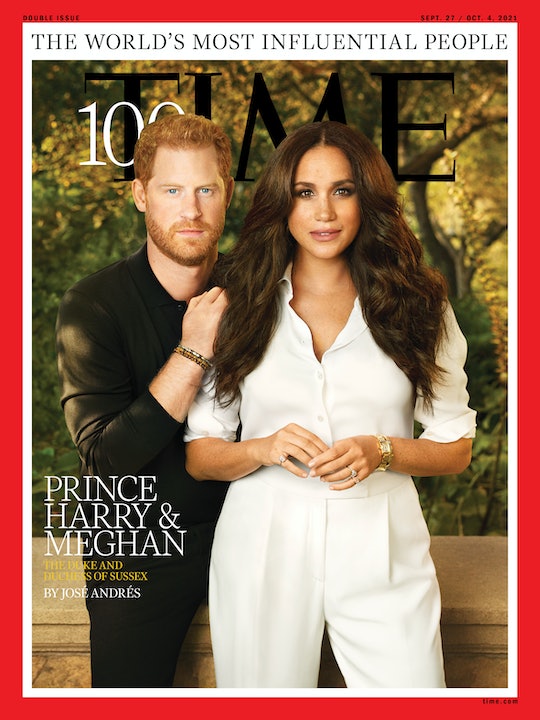 The Duke and Duchess of Sussex are among TIME’s 100 most influential people of 2021.

Prince Harry and Meghan Markle made the cover of TIME’s 100 Most Influential People list in 2021. It probably doesn’t come as an enormous surprise to most people. Not only did the couple make the historic decision to walk away from their senior roles in the royal family, they managed to create an entire philanthropic movement via their Archewell foundation after their move to California. During a pandemic. Oh, and let’s not forget they are also mom and dad to 2-year-old son Archie and welcomed their baby girl Lillibet “Lilli” Diana in June.

“Springing into action is not the easy choice for a young duke and duchess who have been blessed through birth and talent, and burned by fame,” World Central Kitchen founder Jose Andrés wrote in the TIME profile for the Duke and Duchess of Sussex. “It would be much safer to enjoy their good fortune and stay silent.”

The couple was chosen to grace the cover of TIME magazine for their first ever magazine photo shoot, according to the magazine, and as parents of two little ones, this must have been a real treat. Like a date night where you get styled and photographed. Amazing.

Meghan Markle and Prince Harry posed for their first ever magazine shoot.

Meghan and Harry took to their Archewell website to thank TIME , writing that they were “humbled” to be included on the 100 Most Influential People list but also to be given the chance to write “words of praise” of their own for Dr. Ngozi Okonjo-Iweala, the Director-General of the World Trade Organization. “Okonjo-Iweala has astutely been hailed for the groundbreaking nature of her appointment to the role; the first woman and the first African to assume the position,” they wrote on the Archewell website. “What further sets her apart, and makes her leadership all the more trail-blazing, is her ability to see the COVID-19 pandemic as a crisis with significant implications for both health and economic security.”

The Duke and Duchess of Sussex were also included in TIME’s “Icons” list alongside Britney Spears, Dolly Parton, and tennis player Naomi Osaki.

What a year they’ve had together. A year of upheaval, of good work, of children, and of change.