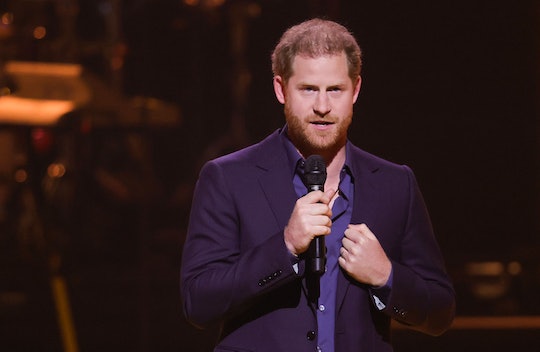 "I'm not an expert on law or technology, but I am a father — and I'm lucky enough to be a father with a platform.”

Prince Harry’s son Archie is only 3 years old and his daughter Lilibet is not yet one, but he’s already thinking about their future. About protecting them in every way he possibly can. Especially when it comes to the murky world of social media. While they are still too young to be communicating online, both the Duke and Duchess of Sussex are thinking about “shielding” their kids from potential harm they could experience through the internet. Something they sadly understand all too well themselves.

The Duke of Sussex spoke from home for the 5Rights Foundation where they were launching the Global Child Online Safety Toolkit on Wednesday, and he shared his own concerns about the future of social media. “As parents, my wife and I are concerned about the next generation growing up in a world where they are treated as digital experiments for companies to make money and where things like hatred and harm are somehow normalized,” he said, per People. “We want our children and all children to feel empowered to speak up.”

The dad of two went on to say, “My two little ones are still at their age of innocence. Sometimes I feel like I can keep them away from the online harm that they could face in the future forever, but I'm learning to know better.”

Archie and Lilibet have become the driving force behind much of their father’s activism, whether he is calling out climate change or bringing attention to the toxic nature of social media. “I'm not an expert on law or technology, but I am a father — and I'm lucky enough to be a father with a platform,” he went on to explain. "“My kids are too young to have experienced the online world yet, and I hope they never have to experience it as it exists now. No kid should have to.”

Prince Harry and Meghan Markle might not be experts in technology, but sadly they are certainly well-versed in the world of cyber bullying. In October 2020, Markle said she was the “most trolled person in the world,” and admitted on the Teenage Therapy podcast that it was “almost unsurvivable.”

This couple have survived so much criticism and negativity online, and rather than becoming victims they are choosing to use their platform to make the world a better place. For their own kids and everyone else’s.

More Like This
Prince William Shares How He Plans To Follow In His Mother's Footsteps With His Kids
Prince William Cracking Up With His Three Kids In This Candid Photo Is Too Adorable
Meghan Markle Calls On Men "To Be Vocal" In The Aftermath Of Roe v. Wade Ending
Princess Charlotte Got So Excited To Shake A Royal Fan's Hand