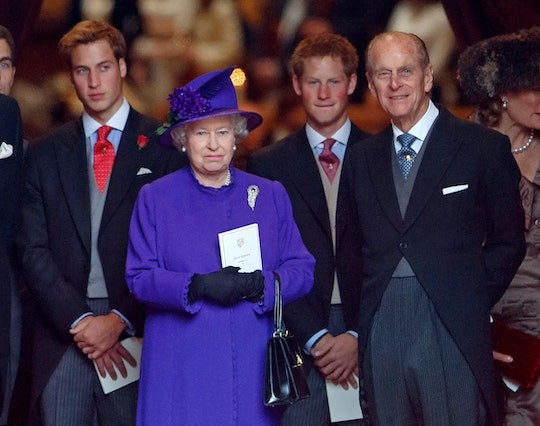 “The two of them together were just the most adorable couple.”

When he died at the age of 99 this past April, Prince Philip and Queen Elizabeth had been married for 73 years. He served at her side as the longest reigning royal consort in British history. They raised four children together, welcomed eight grandchildren and 12 great-grandchildren. According to Prince Harry, the two had an “incredible bond.”

The Duke of Sussex took part in the new BBC One documentary Prince Philip: The Royal Family Remembers, airing on Wednesday night, which would have been his 100th birthday. He shared his thoughts from his home in California alongside Prince Charles, Prince William, and other members of the royal family who wanted to honor a man who clearly meant so much to all of them. Most especially Queen Elizabeth herself.

As for Prince Harry, according to People, he opened up about how he finds that he misses his grandfather “more for my grandmother because I know how incredibly strong she was with him there. I also know she will be okay without him.”

Prince Harry honored his grandfather in a new documentary.

The father of two, who went back to London for Prince Philip’s funeral just a few months before his wife Meghan Markle gave birth to the couple’s second child, Lilibet “Lili” Diana, went on to describe his grandparents’ “adorable” relationship. “The two of them together were just the most adorable couple,” Prince Harry said. “To me, knowing the cheekiness of him and knowing that behind what the world sees you have two individuals who were very much in love and both, from a very young age, have dedicated their life to service — that is an incredible bond between two people.”

Prince Harry’s brother Prince William also spoke lovingly of his late grandfather, sharing a story in the documentary about how Prince Philip loved to barbecue and would play tricks on his grandchildren with a tube of mustard that got him “in a lot of trouble with my grandmother.”

Prince Philip had many roles in his lifetime. He was a military man, an active conservationist, a royal consort, a writer. But this new documentary is about his most important role. His role as a man who deeply loved his family.