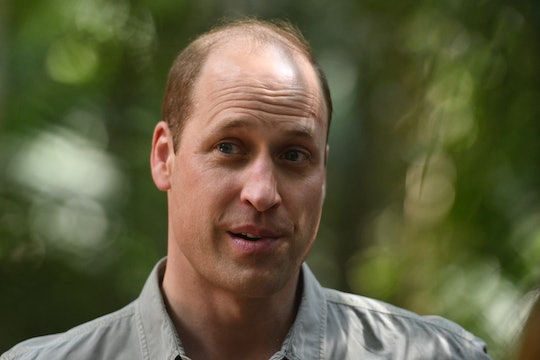 According to Prince William, his little brother is definitely “not self-conscious.”

Maybe it was the relaxed atmosphere that did it. The Caribbean breeze, the less structured outfit, the dancing. But something appeared to loosen up in Prince William during a recent royal visit to Belize, to the point where he actually reminisced about his younger brother Prince Harry. A topic he rarely addresses in public, especially since the two have spent several years on opposite sides of the world.

Prince William and Kate Middleton are currently on a royal tour of the Commonwealth Caribbean islands of Belize, Jamaica, and the Bahamas as part of Queen Elizabeth’s platinum jubilee celebration. During the couple’s first stop in Hopkins, Belize, Prince William was caught up in doing the punta dance at an event. Cynthia Ellis-Topsy, ambassador at large for the Garifuna nation, told People she spoke to Prince William at this event about his younger brother’s visit 10 years earlier for Queen Elizabeth’s diamond jubilee when he also danced with her. Apparently with a bit less coaxing.

“I said to William that when [his brother] Prince Harry came to Belize he was dancing and didn't need encouragement. He is a wild card,” Ellis-Topsy told People. “William laughed and said, 'Harry's not self-conscious.'"

Prince Harry and Prince William grew up very close to each other, perhaps even more so after the tragic loss of their mother Princess Diana when they were 12 and 15 years old respectively. In recent years, however, things have been strained. Prince Harry and his wife Meghan Markle stepped away from their senior royal roles two years ago, moved to California, and appear to be living lives very much removed from the royal family. When asked about his relationship with brother Prince William during a 2021 interview with Oprah Winfrey, Prince Harry said, “You know, as I've said before, I love William to bits. He's my brother. We've been through hell together. I mean, we have a shared experience. But, you know, we're on different paths.”

Still, all was not lost at that moment, apparently. “The relationship is space, at the moment,” Prince Harry explained. “Time heals all things, hopefully.”

Perhaps that is exactly what is happening now. Perhaps the two brothers, both of them dads with five children between them, have had enough space to reflect on the things they love about each other. Enough so that Prince William can dance, and smile. And talk about his little brother like good old times.

More Like This
Meghan & Harry Celebrated Their Anniversary As A Family Of Four For The First Time
Kate Middleton Explains Why Her Kids Couldn't Attend The Top Gun: Maverick Premiere
Why Prince Harry Feels Lucky To Be A "Father With A Platform"
Prince Harry & Meghan Markle Could Take Us Inside Their Home For A New Docuseries