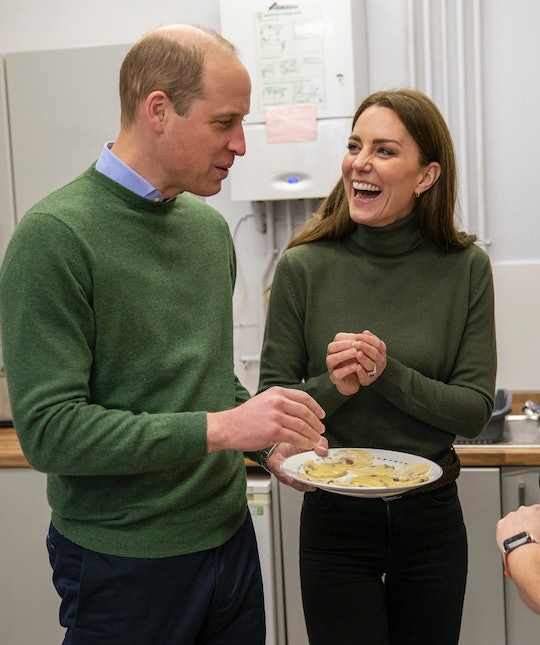 “They are always asking us where we are going.”

As senior members of the royal family, Prince William and Kate Middleton are expected to travel on a regular basis. In fact, Middleton just recently returned from a trip to Denmark while Prince William was also away from home on a royal visit to Dubai. All of this time on the road can understandably be a bit rough for their three young children, but these parents have come up with a simple, lovely way to help their kids understand where they’re going.

The Duke and Duchess of Cambridge are currently visiting Wales to celebrate St. David’s Day, and on Tuesday morning they were in the town of Abergavenny meeting locals. One person asked, as People reported, “How are the children?” because everyone is fascinated with the royal kids of course.

Their proud dad replied, “The children are very well, thank you,” before going on to add that his 8-year-old son Prince George, 6-year-old daughter Princess Charlotte, often wonder what their parents are getting up to when they go away. “They are always asking us where we are going,” he said. “And we show them where we are on the map."

Now before you go feeling horrible for the three Cambridge kids being left behind, it bears noting that the couple have brought their children with them on several occasions. Most recently they brought Prince George along to watch a rugby match between England and Wales, but they’ve certainly travelled further afield as a family. The family visited Jordan in 2021, a country that holds a special place in Middleton’s heart as she lived there with her family as a small child. Prince George and Princess Charlotte joined their parents on tours of Canada, Germany, and Austria, while Prince George accompanied his parents on a royal tour of Australia as a baby.

The couple are expected to visit the Caribbean islands of Jamaica, Belize, and Bahamas at the end of the month, so their kids could be getting a look at a new part of the map. Or even better, maybe they’ll join their parents. It’s unlikely as school will be in session, but it seems high time for Prince Louis to get his time to join his parents on royal tour. He needs his turn on the map, after all.