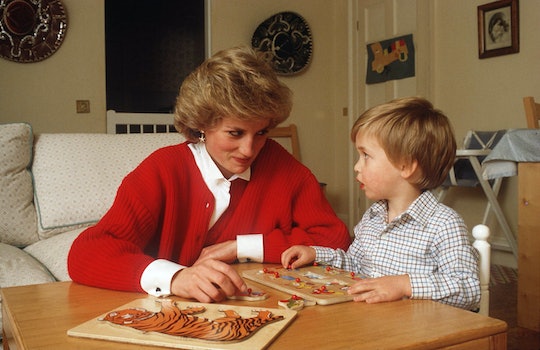 When Prince William was just a little boy, his parents took him on a royal tour of New Zealand and Australia. He was too little to have any real memory of that trip, of course, but it turns out there’s a souvenir from that holiday he’s never quite been able to shake. A certain nickname his mom Princess Diana bestowed on him that he still hears years later.

In a 2007 interview with NBC News to commemorate the tenth anniversary of Princess Diana’s death with his brother Prince Harry, Prince William opened up about his mom giving him the nickname of “Wombat” when he was just 2 years old.

“It kind of stuck with me. I can’t get rid of it now,” he said at the time. “It began when I was 2. I’ve been rightfully told because I can’t remember back that far, but when we went to Australia with our parents, and the wombat, you know, that’s the local animal, so I just basically got called that, not because I look like a wombat, or maybe I do.”

Wombats are marsupials indigenous to Australia. They’re small animals who look vulnerable but are actually tougher than they look and are quite resilient. So perhaps Princess Diana saw something special and resilient in her toddler who will one day be king.

The entire royal family have always loved a good old nickname, which makes a certain kind of sense when you think about the formality of their public lives. Queen Elizabeth herself has been called Lilibet since she was a little girl, a name so beloved in the royal family that Prince Harry and Meghan Markle named their daughter Lilibet. She was also called Cabbage by her late husband Prince Philip, while Prince Charles and his wife Camilla Parker Bowles reportedly call each other Fred and Gladys.

Much like his mother, Prince William has passed some cute nicknames down to his own children. He was heard calling 7-year-old daughter Princess Charlotte “Mignonette,” while he and wife Kate Middleton reportedly call 8-year-old son Prince George “Tips” based on the British tea brand PG Tips. Prince George and Princess Charlotte, in turn, called their 4-year-old brother “Lou Lou” when he was born. Because why would anyone do something so mundane as call someone by their actual name?

More Like This
Kate Middleton Explains Why Her Kids Couldn't Attend The Top Gun: Maverick Premiere
Meghan Markle Made A Sweet Little Tribute To Her Daughter Lilibet
Meghan & Harry Celebrated Their Anniversary As A Family Of Four For The First Time
Prince Harry & Meghan Markle Could Take Us Inside Their Home For A New Docuseries