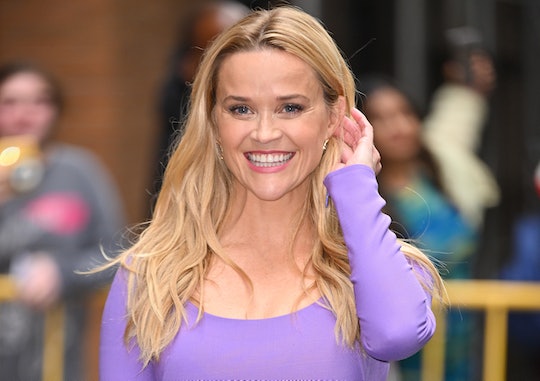 “She will not stop singing Dolly Parton songs.”

Reese Witherspoon was just 15 years old when she landed her first starring role in the 1991 drama The Man in the Moon, delivering a performance so powerful that film critic Roger Ebert called her first kiss scene, “one of the most perfect little scenes I've ever seen in a movie.” While Ebert recognized a phenomenal talent, he was by no means the first to see it in Witherspoon. That credit can be given to Patty Wright, Reese Witherspoon’s kindergarten teacher who told her parents she was an actress when she was just 5 years old.

Witherspoon spoke to Hoda Kotb and Jenna Bush on Wednesday about how her teacher discovered her talent at a young age. And what’s more, shared it with her parents. “My kindergarten teacher — she was my PE teacher Patty Wright, who's still at my school ... She called my mom and said, 'Your daughter's an actress',” Witherspoon said. “My mom was like, 'What are you talking about? I'm a nurse, her dad's a doctor. What are you talking about?’”

It turns out little Reese was all about performing, whether her classmates wanted to hear her or not. Her teacher told her parents, “‘She will not stop singing Dolly Parton songs to all the kindergarteners and they are not listening. And she won't play with anybody she just wants to perform,’” Witherspoon explained. “And so it was actually really beautiful to be seen by one of your teachers like that and my mom got me in acting classes after that.”

That talent has been handed down to Witherspoon’s own children. Her 18-year-old son Deacon, who she shares with ex-husband Ryan Phillipe, debuted his acting skills in Season 3 of Netflix’s Never Have I Ever in August, while her 23-year-old daughter has dipped her toe into modeling while attending college.

Clearly Witherspoon is taking a page out of a book first opened by her kindergarten teacher and decided to foster creative talent in her kids. Who knows what might have happened if that teacher didn’t call Witherspoon’s parents’ attention to their daughter’s talent? Maybe we wouldn’t have ever gotten an Elle Woods, a Sweet Home Alabama, or my personal favorite, a Tracy Flick from Election.

I guess we all owe her teacher, and all teachers who take time to recognize talent in children, a little gratitude.