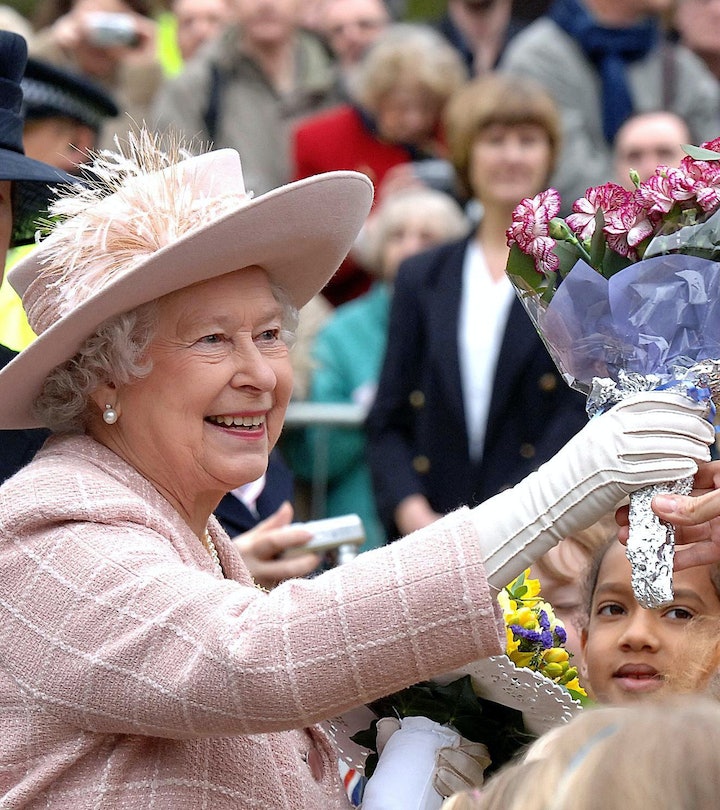 Egg Hunts & Snacks For The Easter Bunny: How The Royal Family Celebrates Easter

They certainly do not say no to chocolate.

It’s no great surprise that the royal family loves a good holiday tradition. The list of their Christmas holiday traditions is plentiful and fascinating and, let’s face it, mostly about eating delicious food. But Christmas is certainly not the only holiday the royal family enjoys together. They also have some pretty tried-and-true Easter traditions to be rolled out every year. Which must be good news for Prince Charles since he famously adores eating one boiled egg for breakfast every day. Beyond that, here’s a look at how the royals might celebrate Easter this year.

#1. They kick Easter celebrations off by handing out money on Maundy Thursday.

Traditionally, Queen Elizabeth kicks off her Easter celebrations on the Thursday before the holiday, called Maundy Thursday. This is the day that the Queen hands out “Maundy money,” or special coins, to people who have done good work in the community. Queen Elizabeth generally hands out money to recipients in an equal number to her age, so this year she should be giving out coins to 96 women and 96 men.

The Maundy money is given out in two special pouches. “The first contains a small amount of ordinary coinage which symbolises the Sovereign's gift for food and clothing,” the royal family’s official website explains. “The second purse contains Maundy coins up to the value of the Sovereign's age. The coins are legal tender but recipients normally prefer to retain them as a keepsake.”

Hopefully Queen Elizabeth enjoys a little aperitif in the evening after such a long day of giving. Maybe even a cocktail made from her own gin.

#2. They make snacks bags for the Easter Bunny.

The Duchess of York is now a grandmother to three, and as such she seems to have taken on the role of royal crafter. Case in point, she shared a video showing kids how to make a bag of carrots for the Easter Bunny out of snacks called Cheezy Wotzits which she said were “delicious” on her Story Time channel. So apparently the royal family is in to giving gifts to the Easter Bunny. Delightful.

The Duke and Duchess of Cambridge are not above giving a little Easter candy to their three kids, 8-year-old Prince George, 6-year-old Princess Charlotte, and 3-year-old Prince Louis, for Easter. That is, if Kate Middleton can keep Prince William out of the Easter chocolate long enough to give it to the kids. In 2020, the pair admitted that there will be “a lot of chocolate eaten here, don't worry,” in a Zoom chat, but Middleton pointed out, “You keep eating it!” The most relatable problem ever, perhaps?

#4. They go to the chapel on Easter Sunday.

As they do at Christmas, the royal family attends church service on Easter morning. They spend the holiday at Windsor Castle and attend service at St. George’s Chapel, where Meghan Markle and Prince Harry were married in 2018, on Sunday morning.

#5. There’s an Easter egg hunt in the garden.

In 2018, Kate Middleton confirmed in a chat outside the church after Sunday morning services that her children had enjoyed an early morning Easter egg hunt that day. Considering they have school holidays for three weeks for spring break, it must be nice to give them something to do for the morning.

#6. They have a delicious Easter feast.

After church service, the royal family traditionally heads back to Windsor Castle for a lunch of roast lamb. Because you have to break up all of that Easter chocolate with some actual food, right? Although I can almost guarantee Queen Elizabeth indulges in some sort of decadent dessert; she does have a legendary sweet tooth, after all.

#7. They’re all about those pastels.

As Easter tends to signify the beginning of spring, the royal family dips into their presumably cavernous closets to pull out their pastel-colored clothing. Queen Elizabeth in particular seems to love a lavender or a pink, while Kate Middleton has been known to don a baby blue skirt suit. In 2019 they even sort of matched with their baby blue outfits when they went to church.

When Prince William and Prince Harry were little boys, their mom Princess Diana was all about getting them dressed up fancy for Easter Sunday church services as she did in 1992. The two boys were rewarded for wearing suits when royal watchers gifted them with chocolate Easter bunnies.

Royal chefs bake up a storm for the holidays.

The royal chefs shared their recipe for spiced Easter biscuits in 2020, and they look delicious. Sort of like a ginger cookie in the shape of a rabbit with white icing and decorative edible flowers. Fancy!

#10. The Queen digs into some chocolate after giving it up for Lent.

Former royal chef Darren McGrady told Delish that Queen Elizabeth gives up eating chocolate for the six weeks of Lent prior to Easter, so she treats herself on Easter Sunday. The royal chefs at Windsor create personalized chocolate Easter eggs for the whole family, ensuring they make one with Queen Elizabeth’s preferred dark chocolate for Her Majesty.