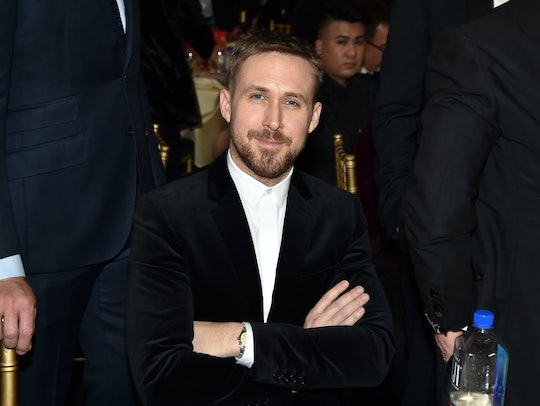 Ryan Gosling Reveals How He Kept His Daughters Entertained During Quarantine

Anything to keep kids occupied.

Eva Mendes and Ryan Gosling have really been honing their acting skills during the pandemic. At home. For their kids. To keep them occupied because let’s face it, when you’re a parent with little kids at home you are going to use every tool in your tool belt to keep them from getting bored. And luckily for 7-year-old Esmerelda and 5-year-old Amada, their dad has some solid skills to keep them occupied.

The Drive actor is well known for being cautious about sharing any elements of his private life, particularly when it comes to Mendes and their children. They don’t share photos of their daughters, and even when the Hitch actress gave birth they managed to keep the news under wraps far longer than most. So it was something of a treat when Gosling opened up just slightly in a recent interview with GQ about how he has kept his daughters busy during the pandemic.

“Our kids are young, so it was a tough time for them to be separated from other kids and not being able to see family and whatnot,” Gosling told the magazine. “So, we did our best to entertain them. I think Eva and I did more acting in quarantine than we have in our whole careers.”

Now all I can picture is Ryan Gosling acting out “Baby Shark” for his daughters and this would be a delightful thing to see.

Acting for their kids wasn’t the only way Gosling and Mendes, who have been together since appearing in the movie A Place Beyond The Pines in 2012, entertained their kids. Mendes shared a photo on Instagram in March of a makeover her daughters had given her, complete with blue eye shadow on her chin and big hoop earrings. “My kids did this to me,” she wrote on Instagram. “Again. From head to toe. I guess, when in doubt, be their canvas.” Unfortunately you can no longer see the photo as Mendes has since wiped her Instagram of all posts.

All of that extra time acting for his kids is clearly no skin off Gosling’s nose. “On a personal level, I think about time more than I used to. I have two kids and they’re growing up fast. So I keep my eye on the clock more than I used to,” he explained to GQ. “For my first Father’s Day, Eva gave me a watch. The brand doesn’t matter. The symbol was what mattered. It meant you’re on the clock now.” He’s on the clock and giving free shows for his daughters. That’s a dad we can all get behind.