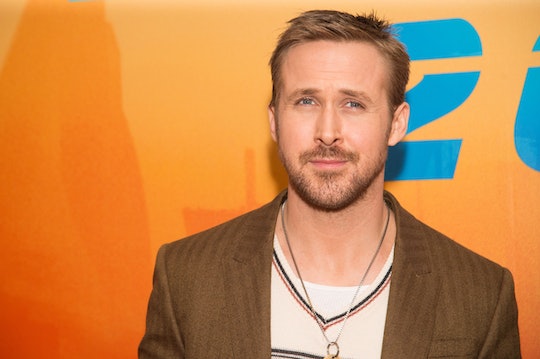 She busted out her “power move” at the Louvre, no less.

Ryan Gosling and Eva Mendes never have to wonder whether or not their 6-year-old daughter Amada likes something. She has a very specific way of sharing her very strong opinions. And Gosling seems to grudgingly respect his daughter’s hilarious “power move,” even if her reaction wasn’t what he was hoping for when he went out of his way to make sure she could have an incredible experience.

Gosling spoke to fellow dad Jimmy Fallon on The Tonight Show about his recent time spent in Paris filming his new movie The Gray Man. “I'm like a dad first,” he told Fallon, “and part of the reason for doing the film [The Gray Man] was this opportunity for us to go to these interesting places and be there with my kids.” One of the interesting places that he and Mendes took their two children to see, including 8-year-old daughter Esmerelda, was the Louvre. One of the world’s most famous museums where young Amada gave an on-the-spot review.

“We got to go to the Louvre where we saw Winged Victory, we saw Venus de Milo, and we’re standing in front of the Mona Lisa,” Gosing explained before going on to share the “real power move” his daughter has come up with. “She goes ‘this museum?’” then he gives a big thumbs down. “And I said ‘Why?’” and she answered, ‘because it is not good.’”

That’s not even the worst review Amada has given. According to her dad, when she really doesn’t like something, “The real power move is when she’ll turn around and just go,” pointing two thumbs down at his bum. “It’s the thumbs down walk away. It’s Roman emperor-level.”

Perhaps Amada has a future as an art critic, although arguably her instincts about the Louvre could be considered somewhat off the mark. She has been working on her own art form, using mom Mendes as a canvas along with her sister Esmerelda. The two girls dressed their mom in a head wrap, a striped tank top, and adorned her face with blue eye shadow all over her chin. “My kids did this to me,” she wrote on Instagram at the time. “Again. From head to toe. I guess, when in doubt, be their canvas.”

Luckily for Amada, her mom has not employed her own review system.