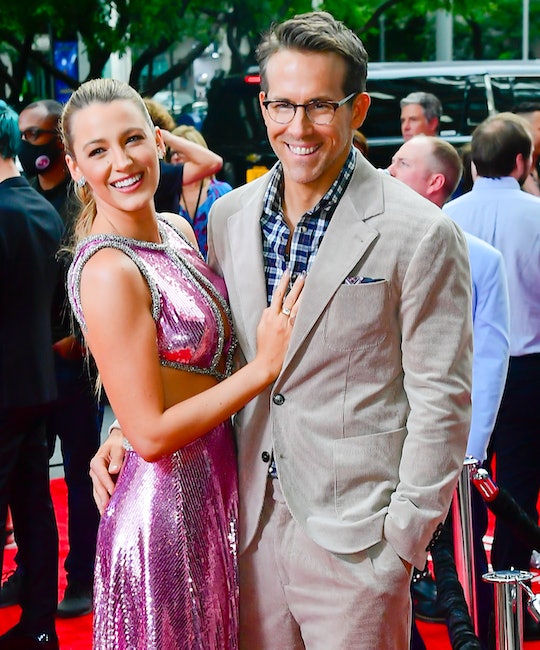 They still don’t know how famous their dad is.

While Ryan Reynolds and Blake Lively may be huge movie stars, their three daughters don’t really understand just how famous they are. So, when they learned that their dad would be making an appearance on Good Morning America this week, they made a simple request: send them a secret message when he was on TV.

“Today was the first day they were like, ‘Wait, you’re going to be on TV today?’” the Free Guy star explained to the show’s hosts, Robin Roberts, George Stephanopoulos, and T.J. Holmes.

Reynolds and Lively have three daughters together: James, 6, Inez, 4, and Betty, 1. Reynolds told the shows hosts that not only were they excited about him actually being on TV, but they wanted him to say hi to them in his own special way.

“They’re like, ‘Can you say hi to me?’ And I was like, ‘Sure, I’ll say hi to you guys.’ But they wanted me to pull my ear to say hello, and then Nezzy, my younger daughter, wanted me to like, rub my sleeve,” he demonstrated.

But instead of subtly motioning to his daughter, he kind of blew his cover and settled on a more direct approach. “Hi guys!” he said into the camera. “Hello! How are you?”

But this is the closest that his daughters will get to being on TV. The couple is notorious for wanting to protect their children’s privacy, refusing to post photos of them to social media and wanting to keep that side of their lives under wraps.

The good thing is, Reynolds and Lively continue to tell super cute stories about their daughters, just like this one from the past week. There is no shortage on the adorable things that his daughters will say, and that is something to be thankful for.