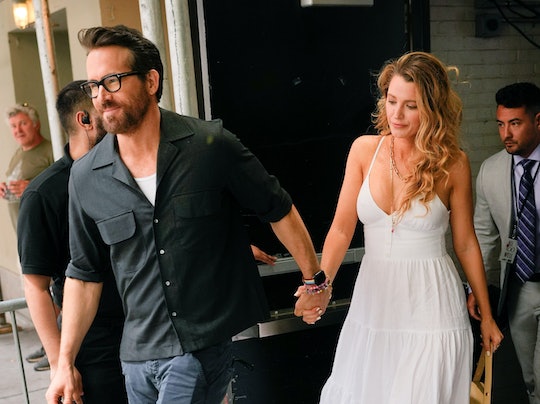 “But I’m ready for whatever happens.”

Ryan Reynolds is getting ready to welcome his fourth child with wife Blake Lively, and he already has some feelings about the baby’s sex. As a dad of three daughters, Reynolds admitted during an interview on TODAY that he might be wishing for more of the same. It seems he’s a girl dad through and through.

On Monday, the Deadpool actor spoke to TODAY’s Savannah Guthrie and Hoda Kotb about the impending new addition to his family, a younger sibling for his 7-year-old daughter James, 6-year-old daughter Inez, and 3-year-old daughter Betty. He explained that he does not yet know the sex of his baby — “we never find out til (the baby is born),” he told TODAY — but he does indeed have a preference.

“I know girls so I’m sort of kind of hoping that, but I’m ready for whatever happens,” he explained. As the youngest of four boys himself, it seems his own upbringing has really affected the way he sees his own parenting experience. Although it does feel only fair to say that sons are pretty great too.

In Reynolds’ case, he did point out that he has experience raising girls and it certainly makes sense that he would want to capitalize on that knowledge when his new baby comes along. So perhaps he is not averse to the idea of having a baby boy. Although he has said in the past that he was worried that his third daughter Betty would be a boy, just because of his own experience with older brothers. “When we had our youngest, I was quietly terrified it was gonna be a boy because I didn't know, we didn't know. I didn't know anything but girls. I grew up with boys and I was constantly being thrown through walls when there was a perfectly good door 5 feet away.”