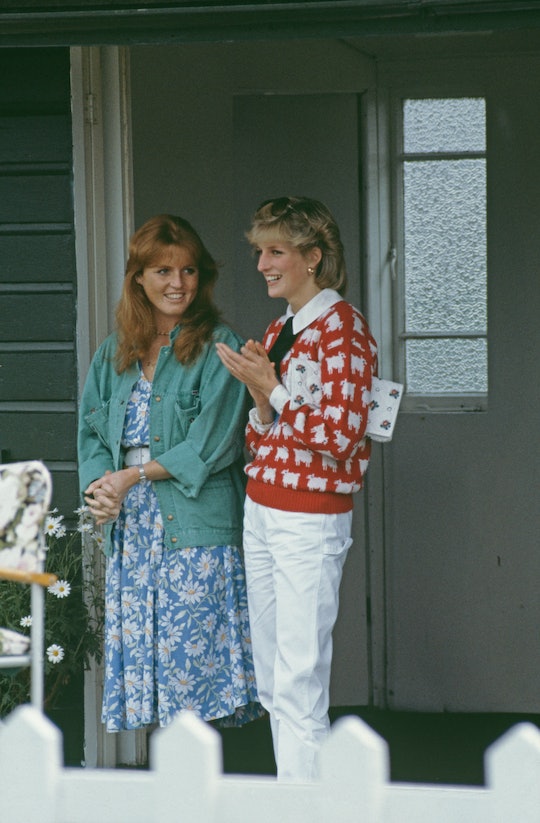 Before there was constant speculation about the relationship between Kate and Meghan, it was all about Fergie and Di. Two women, one married to their heir to the throne and the other married to his younger brother, were the fodder of tabloid gossip for years. And now, more than 20 years after her death, Sarah Ferguson opened up about her friendship with Princess Diana. In an interview with People, the Duchess of York set the record straight on the rift that was written about in the media for decades and spoke fondly of the friend she lost.

“We were best friends from when she was 14 and I was 15,” Ferguson told People. In fact, it was Princess Diana who played matchmaker between Ferguson and Prince Andrew, inviting them both to a dinner at Windsor Castle and making sure the two were seated beside each other. When Prince Andrew married Ferguson in 1986, the two became inseparable.

“She taught me so much of public life,” Ferguson told People. “She was so brave. We used to have the most incredible time together.”

Despite the fact that the two women stayed close even after their subsequent divorces from their princes, taking their children on ski holidays together, the press made much of an eventual falling out that happened the year before Princess Diana died. As though disagreements between friends never happen.

Ferguson told Harper’s Bazaar in 2007 that she hadn’t given up on her friendship. “I tried, wrote letters, thinking whatever happened didn't matter, let's sort it out,” she told the publication at the time. “And I knew she'd come back. In fact, the day before she died she rang a friend of mine and said, 'Where's that Red? I want to talk to her.’”

It didn’t help that the media appeared to do its best at the time to drive a wedge between the two women, labeling Fergie “the Duchess of Pork” and leaving her struggling for years with the “soul-destroying” tabloid coverage, as reported by The Mirror.

“We were positioned as saint and sinner,” she told People. “And the most important thing was to remain robust together, and we did, no matter what anyone wrote.” Much as the media has done with Princess Diana’s sons and their wives, Kate Middleton and Meghan Markle.