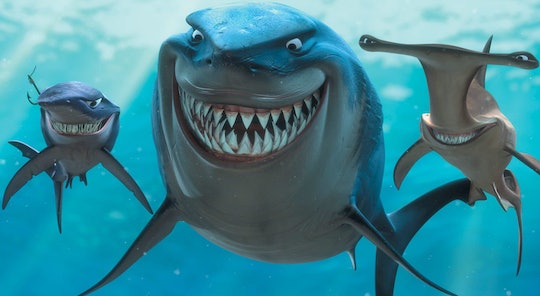 15 Kid-Friendly Movies With Sharks For Your Little Marine Biologist

Sharks are some of the most fascinating creatures of the deep blue sea. And while some TV shows and films have portrayed them as scary over the years, which they certainly can be, there are actually many shark movies for kids, old and young, that are fun, educational, and family-friendly.

If you have a tiny marine biologist on your hands or your little one who just wants to know anything about the ocean, they’ll surely like one of the many movies on this list. For example, you’ll find several animated films like Finding Nemo, Shark Tale, and Baby Shark’s Space Adventure, which all have sharks in starring roles in a kid-friendly way. And when it comes to entertaining older kids, educational documentaries like Disneynature: Oceans, Galapagos: Realm of Giant Sharks, and Sharks of Lost Island can easily entertain inquisitive minds that are yearning to explore more of the ocean.

While the Discovery Channel’s annual Shark Week might be too graphic for little kids to watch, there are thankfully many options to stream instead. So make a tasty treat, relax on the couch, and put on any of these films if you want to pretend like every week is Shark Week.