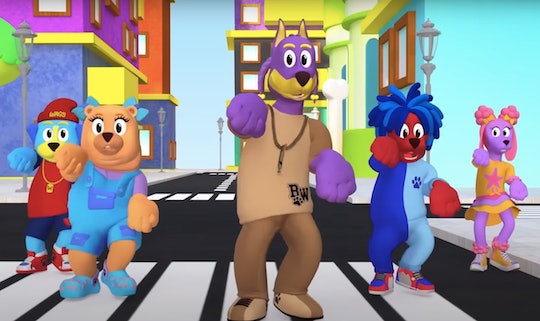 Doggyland is available to stream right now on YouTube!

“As a father, grandfather, and longtime youth football coach, it’s always been important to me to build positive and educational environments for all children. We wanted to bring our show to YouTube and YouTube Kids which provides free access to everyone, so all the kids can enjoy it,” the rapper said in a written statement to Black Enterprise. “I’ve always wanted to create a kid-friendly series that lets kids be kids and is truly representative of the Culture with everything from the music to the characters. When I started to build my team, it was only right to partner with Claude, who created the iconic series, Hip Hop Harry, which built the blueprint to diverse kids programming, and October London, a talented singer, and writer.”

Here’s everything you need to know about Snoop’s latest venture.

Doggyland is an animated series for kids as young as preschool.

Doggyland is a show where kids can “sing, dance and learn,” Snoop tweeted. The 3-D animated cartoon series caters to preschoolers all the way up to 8-year-olds, teaching social, emotional, and cognitive skills. “It’s so influential, it's so educational and it's so fundamentally smart,” the father of four added.

The series touches on a variety of topics such as “letters, numbers, colors, animals, good habits, hygiene, accepting others and more,” according to its synopsis. It also encourages “parents to participate in their child’s learning experience.”

Snoop voices the main character, Bow Wizzle, the adult mentor of the puppy pack, which includes Wags, Hip Yap Yap, Chow Wow, and Barks-A-Locks. Each dog is different in color and shape to help promote diversity and inclusion. Needless to say, we haven’t seen cool dogs like this since the PAW Patrol crew hit the scene!

The series debuted on YouTube and YouTube kids last week. New episodes drop each week on Tuesday. Kids can also find a doggy-dog remix to classic nursery rhymes such as “Wheels on The Bus,” and “Heads, Shoulders, Knees and Toes.” A full album is available on Apple Music, Amazon Music, and Tidal. There’s also Doggyland merchandise, an Instagram page, and a Tiktok channel to explore.

While watching Doggyland, make sure to grab a bowl of Snoop Loopz as well! The rapper recently released his own breakfast cereal.