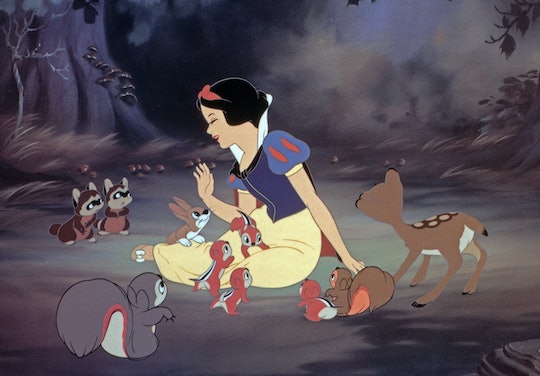 Everything We Know About The Snow White Live-Action Remake

“Magic Mirror on the wall, who is the fairest one of all?”

Disney has gone back into the archives to give new life to another iconic movie! Snow White and the Seven Dwarfs is the next Disney classic to be made into a live-action movie. While we’ll have to hang tight to see this magical remake of the 1937 film, Disney has revealed a few exciting details.

“Rachel's extraordinary vocal abilities are just the beginning of her gifts. Her strength, intelligence, and optimism will become an integral part of rediscovering the joy in this classic Disney fairytale,” director Marc Webb said in a statement to Deadline.

Zegler’s role as Snow White will follow another huge role the actress is undertaking. The 20-year-old will also be making her film debut in Steven Spielberg’s West Side Story as Maria on Dec. 10, according to The Hollywood Reporter.

There is no word yet on who will play the seven dwarfs, the evil queen or the charming prince. But so far, we are loving the main pick!

The Remake Will “Expand” On The Original Story

Outside of the original storyline, according to Deadline, the live-action remake of Snow White “will expand upon the story and music from the original.”

Production Is Starting In 2022

Snow White and the Seven Dwarfs is the latest Disney classic to get a live-action remake. It’ll follow Beauty and The Beast with Emma Watson, The Lion King, which featured Beyonce’s Grammy-winning Black Is King album, and The Little Mermaid, starring Grownish’s Halle Berry, which is already in production and slated to be released in 2022.

The Amazing Spider-Man’s Marc Webb will be directing and La La Land’s Marc Platt is on the production side, according to Deadline. There will also be original music from Benj Pasek and Justin Paul, who are responsible for La La Land, The Greatest Showman, and Dear Evan Hansen.

One reason the creators shared on why it will take so long for production to start is that they want to make sure the music is right. After all, what’s a great Disney movie without memorable songs to sing-a-long, memorize and hum in your head for the next 30 plus years! There are some of us well in our adulting age that could sing The Lion King’s “I Can’t Wait To Be King” word for word.