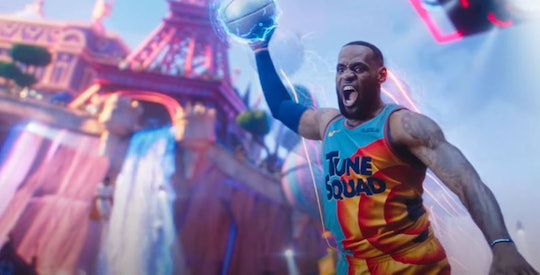 Everything You Need To Know About The Space Jam Sequel

We are here for the casting of the new Lola Bunny.

“Everybody get up, it’s time to slam now!” Space Jam 2: A New Legacy, a sequel to the iconic ‘90s hoops movie will be making a comeback this summer and here is everything you need to know before it premieres.

In the 1996 movie, the Looney Tunes called for arguably the greatest basketball ballplayer of all time to help them win an epic, court showdown. Hall of Famer and Chicago Bulls legend Michael Jordan led the “Tune Squad” of Bugs Bunny, Daffy Duck, Elmer Fudd, Tweety, and others against the aliens of Moron Mountain, who sought to steal the talent of the NBA players.

In the sequel, which takes place 25 years later, Lebron James is welcomed to the jam. In the first trailer released in early April, fans learn that James is a father who is trying to push his son to be just as great as he is on the court. When his son is sucked into a “server universe,” James must team up with the “Tune Squad” for a game of basketball to get him back.

The all-star roster also includes Anthony Davis, Chris Paul, Kyle Kuzma, Damian Lillard, and Draymond Green. Don Cheadle plays the villain, a computer who sucks James and the toons into his nightmarish version of the Looney Tune world to play against the “Goon squad.”

Space Jam 2: A New Legacy will premiere on July 16 in theaters and on HBO Max.

Michael Jordan Was Supposed To Be In The Sequel

Over the years, James and Jordan’s skills have been compared. It’s a debate that will no doubt translate into the Space Jam world as well. All ‘90s babies' eyes will be looking closely at how James maintains the Space Jam legacy his predecessor flawlessly left behind. “It's something Mike created and is his,” James told Entertainment Weekly. "I held that with a lot of responsibility."

As a matter of fact, Entertainment Weekly reported that the original idea of a sequel was supposed to be with Jordan, but the legend apparently was not interested.

Who remembers the scene in the original movie when Jordan, wearing a mask, holds up the rump of Pepé Le Pew and the aliens pass out from his stench? Well, it seems the stank of the charismatic skunk will be absent in the sequel. Pepé Le Pew will not be in the Space Jam sequel due to criticism that the character "normalized rape culture." The decision was made after New York Times columnist Charles M. Blow wrote an op-ed that detailed how Pepé Le Pew was problematic. As such, pre-recorded scenes shot with the skunk in 2019 have been cut from the live-animation movie. Au revoir!

Zendaya is taking on the role of Lola Bunny, who was originally voiced by Kath Soucie. Warner Brothers announced the news over Easter weekend on Twitter, welcoming the Spiderman: Homecoming actress to the Space Jam family.

Space Jam 2 director Malcolm Lee told Entertainment Weekly that the female bunny was not “politically correct” in the first movie. “This is a kids' movie, why is she in a crop top? It just felt unnecessary,” Lee said, “but at the same time there's a long history of that in cartoons.” Lee added that he was looking for someone who could “reflect the authenticity of strong, capable female characters,” which included Lola’s “athletic prowess” and “leadership skills.” And Zendaya fit the bill.

Lola was Bugs’ love interest in the first movie, but still no word on whether the two bunnies will hop down lover’s lane in the sequel.

You Can Stream The Original Space Jam

While you wait for the sequel to premiere, you can catch the original Space Jam on Netflix and introduce your kids to this ‘90s classic.

More Like This
'Hocus Pocus 2' Officially Has A Release Date To Look Forward To
Kate Middleton Explains Why Her Kids Couldn't Attend The Top Gun: Maverick Premiere
Zac Efron Was Asked If He Wants Kids & His Hilarious One-Word Answer Says It All
Blake Lively & Anna Kendrick Will Reprise Their Roles As Twisted Moms In A Simple Favor 2