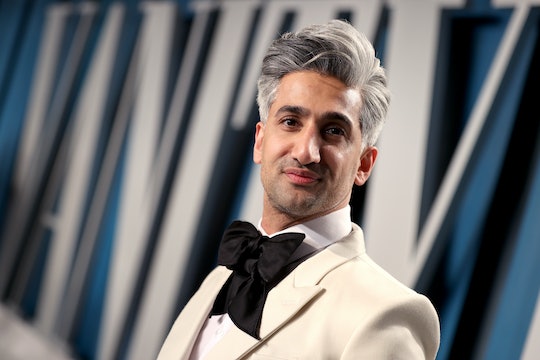 Ever since Tan France welcomed his baby boy Ismail via surrogate with his husband Rob in August, he has been so open about his absolute delight in this stage of his life. Taking to social media often with updates on his life as a dad with photos of him out for a walk with Ismail in his neighborhood, baby’s first selfie, introducing him to old friends. It’s all just happiness everywhere. Other than the critics who decided to come after him because he is bottle-feeding Ismail. As ever, the critics like to show up and ruin the party for everyone. But the Queer Eye star is not putting up with it.

Just days after welcoming Ismail, France shared an Instagram post for National Breastfeeding Awareness Month and used that post to try to “evolve the conversation” about how people feed their babies. After explaining that he believes breast milk to be the “gold standard,” he added, “No one should ever feel guilty for feeding their baby formula.”

“‘How is feeding going?' as opposed to 'How is Breast Feeding going.' A fed baby is what matters most,” he added.

When France was a guest on Parents’ We Are Family podcast, he explained that he had received a whopping 17,000 messages about his post and “almost every one was filled with such venom” over his support of a parent’s right to bottle-feed their child.

"Our surrogate wasn't able to pump for us, and we didn't want to use donor milk. We did a lot of research into donor milk, and for us it just wasn't right for us," France said on the podcast. "Obviously I'm in a very interesting position where when we say that we're having a baby, a lot of people have an opinion on how we're having a baby and how we will feed our baby."

He added that he believed some people misunderstood his message in the original post and wanted to clear things up. "I want to make it clear to everyone listening: I 100% believe that breast milk is the gold standard, so does Bobbie. We all understand that. If I could breastfeed my child, 100% I would. I can't. Therefore, I need to not be shamed for that."

As a celebrity dad, Tan France has a parenting platform. And unfortunately, that platform can come with serious backlash. Good for him for standing strong, for reminding people that no parent should be shamed for the way they feed their baby. Even after thousands of messages criticizing him. He is setting an important standard for other parents who might not be able to breastfeed.