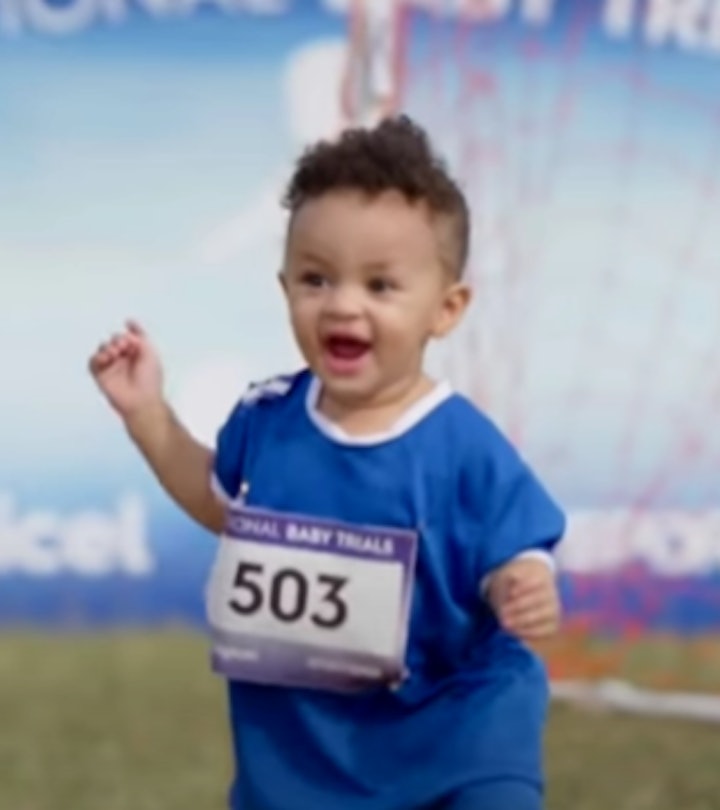 He’s been there, so he knows.

It’s never too early to start encouraging an aspiring athlete on their path to the Olympics, and Usain Bolt knows a little something about that. The eight-time Olympic gold medalist is considered the greatest sprinter of all time, and he used his expertise to gently critique the performances of some young athletes recently. Very young. Like, they still need to take naps kind of young. Usain Bolt offered expert commentary on the National Baby Trials, sponsored by phone network provider Digicel Jamaica, and the video is just the thing you need to get in the right head space for the Olympics on Friday. Think little athletes having the time of their lives and Bolt just smiling and chuckling along with them.

Bolt used his skills as an Olympian and a dad of three to share his thoughts on these little babies “competing” in Olympic events like track, weight lifting, gymnastics, and more. “I’m excited to be here to see these future stars,” Bolt said at the outset, absolutely straight-faced and sincere. First up was a little sweetheart representing Bolt’s own country Jamaica on the hurdles. Unfortunately, after what Bolt called “a good start,” the competitors all laid down for naps.

Next up was a little weightlifter from Trinidad/Tobago, who ended up sitting down and crying while throwing the weight away. “I know his pain, man, I know his pain. I’ve been through it. It’s just tough.” Bolt said. Another competitor just covered themselves with chalk and did “a little bit of showboating” before lifting the weight one-handed. Two soccer players representing El Salvador stopped the game for a drink from a sippy cup. A gymnast from Fiji went rogue with her performance and was scored a backwards seven from a toddler judge in a moustache, a cyclist from Barbados, again, leaned heaving on the sippy cup to win the race. “Of course, stay hydrated at all times,” was Bolt’s solid advice.

I truly wish these were the real Olympic Games.

Bolt himself is a dad to three little ones, including newborn twin sons Thunder and Saint Leo, who joined one-year-old sister Olympia Lightning when Bolt’s partner Kasi Bennett welcomed them in June, according to The Guardian. Yes, I know. He has a real talent for using that awesome last name and leaning in with excellent name choices for his kids.

He also has a talent for supporting young athletes. Whether they take a nap mid-race or not.