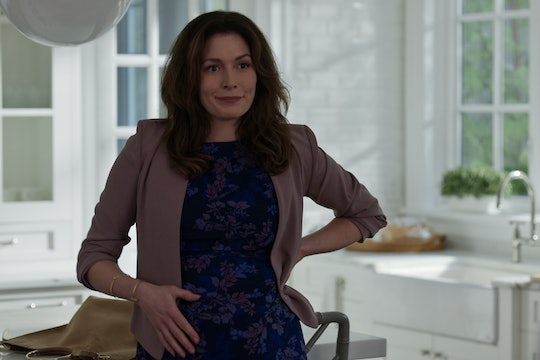 Full credit to Lauren Hammersley, the actress who plays Charmaine Roberts on Netflix’s smash hit Virgin River. She has done such a good job of playing her character that people on social media can’t seem to stop talking about her. Mostly they’re all mad at Charmaine for some of her questionable decisions, but otherwise there is one question that keeps popping up over and over again. Will Charmaine ever not be pregnant?

[Note: Spoilers for Seasons 1 through 4 of Virgin River are ahead!]

Virgin River fans remember all too well that Charmaine, an ex-girlfriend of Jack’s, found out she was pregnant with twins in the very first season. Everyone was mad at her for daring to ruin the possible happiness of Mel and Jack, but Charmaine kept on being pregnant whether fans wanted it or not. And kept on. And kept on. Through all four seasons and presumably the upcoming fifth season, the one constant in the town of Virgin River is Charmaine’s pregnancy. No matter what else happens, we know we can rely on Charmaine walking around carrying twins in her belly. Just as she’s done for about the last four years.

And fans truly cannot take it any longer.

This optimistic fan remains hopeful that at some point, Charmaine will give birth. To an 18-month-old fetus if that math is correct.

Another eagle-eyed viewer noted that Charmaine managed to be pregnant for three full seasons without a baby bump to show for it.

The real shocker in the fourth season of Virgin River was the announcement that Charmaine is STILL only five months pregnant. How?

This mathematician figures Charmaine has been pregnant for 5011 years.

Someone else pointed to a bit of inconsistency in the series, noting that at one point Charmaine seemed ready to give birth but is now just five months pregnant. Is she going backwards in time? What a nightmare.

The five months pregnant storyline was really the kicker for almost everyone.

Especially since some people figure she’s been pregnant for around 84 years.

As we most likely have another year to wait until Season 5 of Virgin River, everyone should really give Charmaine a break. That’s another year of being pregnant with twins and they’ll probably say she’s somehow three months pregnant in the fifth season. Poor thing.

More Like This
'Squid Game' Is Coming Back For Season 2 On Netflix: Here’s What Parents Need To Know
'Workin’ Moms' Season 7 Is Reportedly In The Works! Here’s Everything We Know
Quinta Brunson Got A Sweet Card From A Kid On Abbott Elementary After Her Emmy Win
Exclusive: Three Siblings With Super Powers Protect National Parks In Spirit Rangers