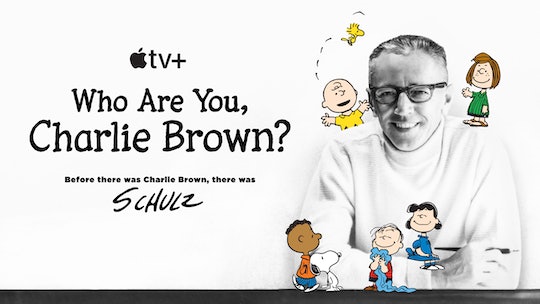 Who Are You, Charlie Brown? Celebrates All Things Peanuts

“I think Charlie Brown is just a little bit of what all of us have inside of us.”

There’s a new documentary on Apple TV+ that all Peanut fans can enjoy and appreciate. If not, you’re a real blockhead. But really, Who Are You, Charlie Brown? dives into the Peanut universe and pays homage to its late creator, Charles M. Schulz.

The 54-minute special, which is available to stream now, “celebrates the significance and global multi-generational popularity of the comic strip and its timeless artistry and design to profile the man whose simple characters would touch the lives of millions through the decades and become beloved cultural icons,” Apple shared in a press release.

Narrated by Black Panther actress Lupita Nyong’o, the documentary starts with Charlie agonizing over a school assignment. He has one week to write a 500-word essay defining himself, which is the overall theme of the special: self-discovery. “I think Charlie Brown is just a little bit of what all of us have inside of us,” Schultz, who passed away in 2000 at 77 years old, says in a 1960s clip featured in the special.

The documentary special also features commentary from famous fans such as Drew Barrymore, Al Roker, Billie Jean King, Paul Feig, Ira Glass, Noah Schnapp, Miya Cech, Keith L. Williams, Chip Kidd, Lynn Johnston, and Robb Armstrong. “Even as a kid I was cognitive of the fact that there is a man somewhere in America who sits at a large slanted desk and he draws peanuts,” filmmaker Kevin Smith says in the trailer. Schultz’s widow, Jean Schulz, is also featured and speaks on behalf of her late husband.

Produced by Imagine Documentaries and WildBrain, Who Are You, Charlie Brown? is just one of many Peanuts movies, series, and specials on Apple TV+. As of last year, Peanuts Worldwide, Lee Mendelson Film Production, and WildBrain officially made Apple their new home for all things Charlie Brown.

So after you finish watching Who Are You, Charlie Brown?, check out The Snoopy Show, Snoopy in Space, and Peanuts in Space: Secrets of Apollo 10. And of course, all of the classic holiday specials and episodes we’ve come to love and cherish!